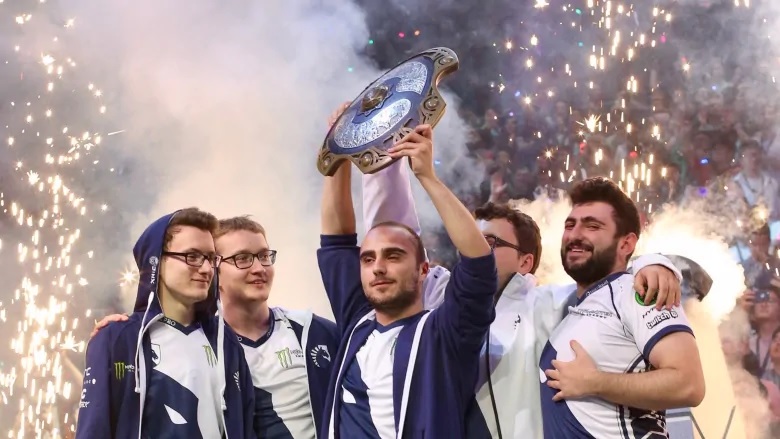 Rock stars, a struggling hockey club and plenty of entertainers have found out the hard way that filling Rogers Arena isn’t easy for one night, let alone six.

But on Monday, the Canucks’ home will open its doors and usher in thousands of raucous fans of the video game Dota 2, an event akin to the Super Bowl of esports.

They’ll be there for the main event of The International: a six-day, all-day professional esports event pitting 16 teams of the world’s best Dota 2 players against each other in a $30-plus million tournament that will draw thousands of viewers in person and millions more online.

It’s the pinnacle of competition for a video game with an estimated 10 million active players worldwide, drawn by the game’s blend of fantasy, strategy, and teamwork.

The game has a rabid fanbase that invests hours of time and millions of dollars, crowdfunding almost all of the big money prize pool.

Vancouver’s Kurtis ‘Aui_2000’ Ling is former winner of The International, capturing the 2015 title and with it, a cut of the $6.6 million US first place prize money. 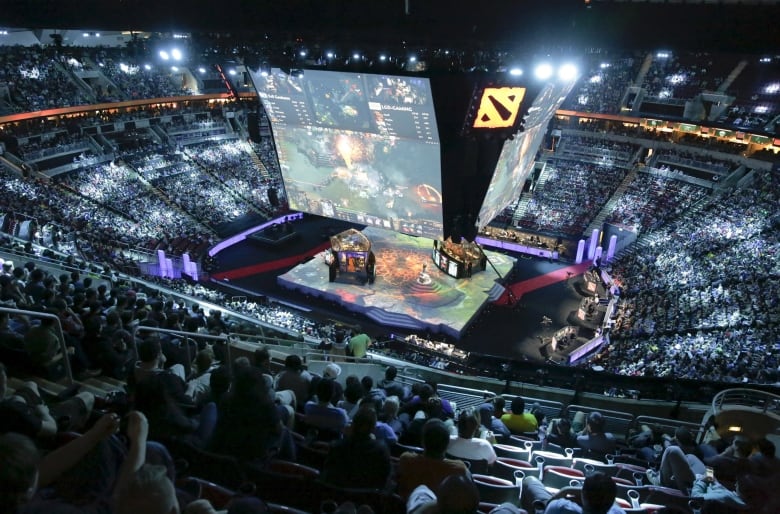 Fans filled Seattle’s Key Arena for the 2015 edition of The International. This week’s event is expected to draw six days worth of similar crowds to Vancouver’s Rogers Arena. (Jason Redmond / Reuters)

“Dota is an incredibly hard game to get into. But once you get down to understanding it, the strategical depth of the game is so high, and it’s incredibly exciting to watch,” he said.

“But at the same time, if I was a new spectator I wouldn’t have any idea what was going on either.”

If you’re one of those new fans, here’s some of what you need to know about The International and Dota 2. 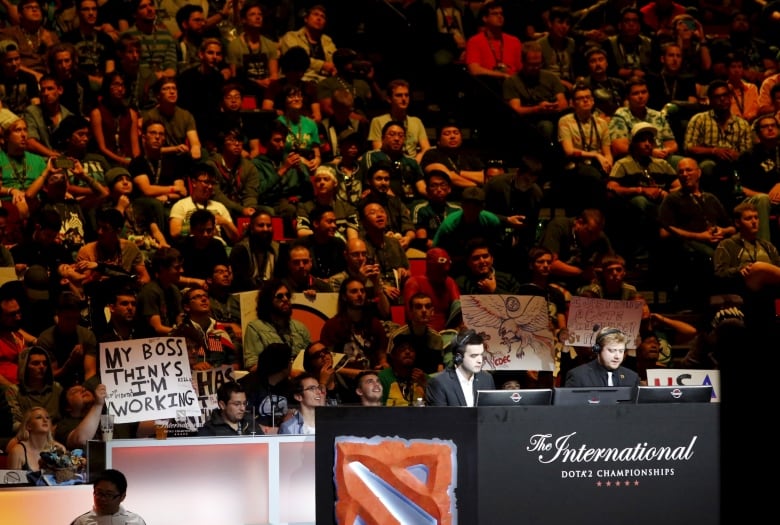 Dota 2 is a multiplayer online battle arena game, or MOBA. In the game, two teams of five players each select characters and battle across a virtual landscape in an effort to destroy each other’s base, referred to as an ancient. 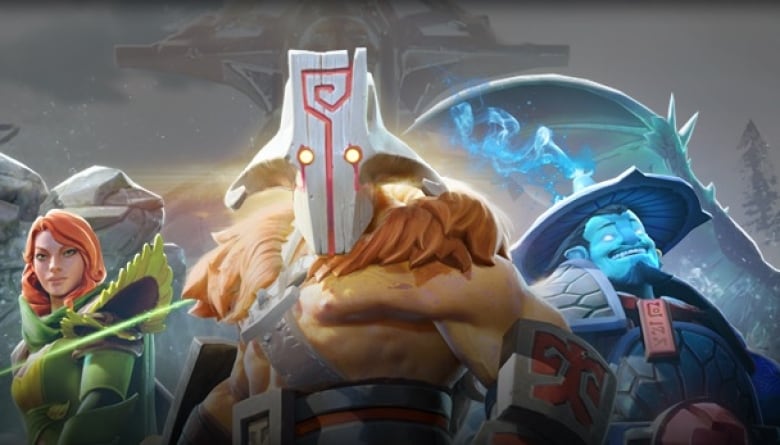 Characters from the video game Dota 2 developed by Valve Corporation. Vancouver will play host to the game’s top tournament, The International, for the first time this month. (Valve Corporation)

Dota itself is an acronym for Defense of the Ancients, and as the name implies, Dota 2 was launched as a sequel to the original Dota.

One more: The International is the event’s formal name, but most there will call simply call it TI. Vancouver is hosting the eighth edition of the tournament, so this one is known informally as TI8.

“It’s absolutely electric,” said Ling of The International. “There’s so many people from all over the world who are just there to watch you play video games. It’s insane.” 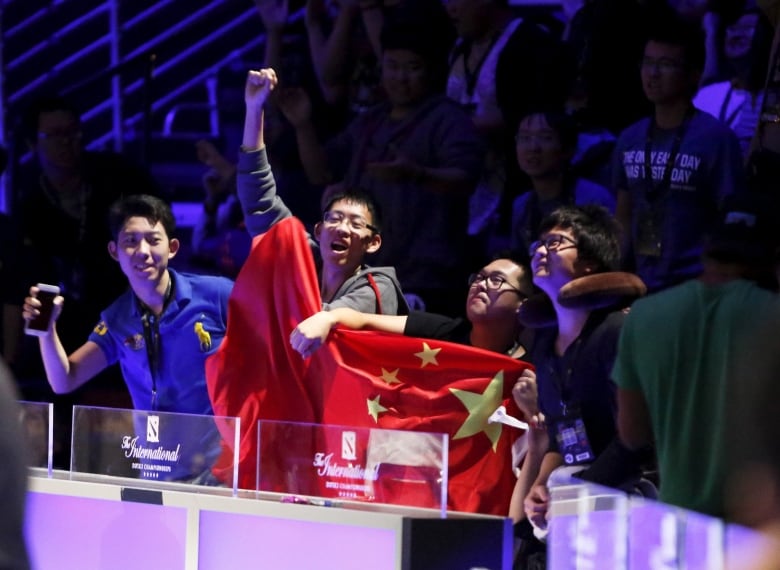 Fans holding the flag of the People’s Republic of China cheer for CDEC Gaming during the 2015 grand finals at The International. (Jason Redmond / Reuters)

In your living room, it probably is. But, at a tournament setting inside a NHL arena, it’s a true sporting spectacle.

“The crowd is really nice. Everyone in that arena wants to see good Dota so if you display good Dota, people are going to be happy about it,”  said Artour ‘Arteezy’ Babaev, a Vancouver-raised TI veteran at just 22 years old.

Matches play out with teams each sheltered in transparent soundproof booths positioned roughly where centre ice would be at a hockey game.

Fans watch and react as the action unfolds live on the view screens above.

“The only thing you can really hear is the vibration of the crowd,” said Babaev of playing amid the pressure-packed TI atmosphere.

“It’s muffled a bit, but you hear the vibration.” 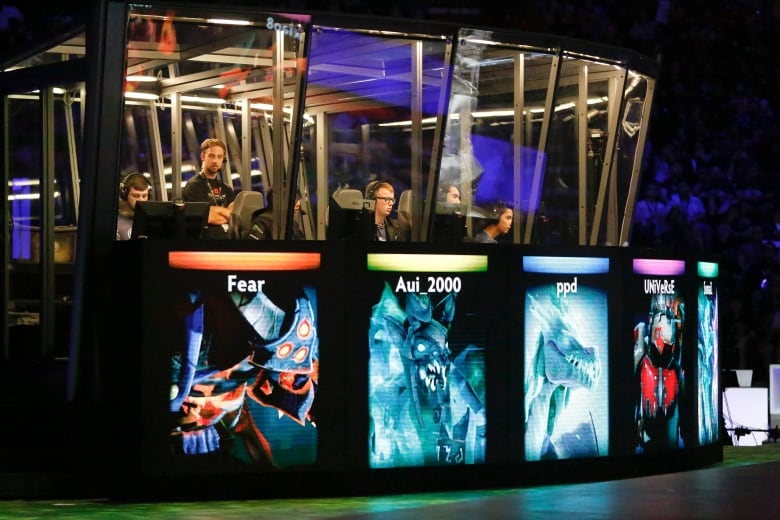 Most matches at TI’s main event will be best of three games, with Saturday’s grand finals between the final two teams contested as a best of five.

No one has won The International twice, meaning a TI victory carries with it a singular prestige in the gaming world. 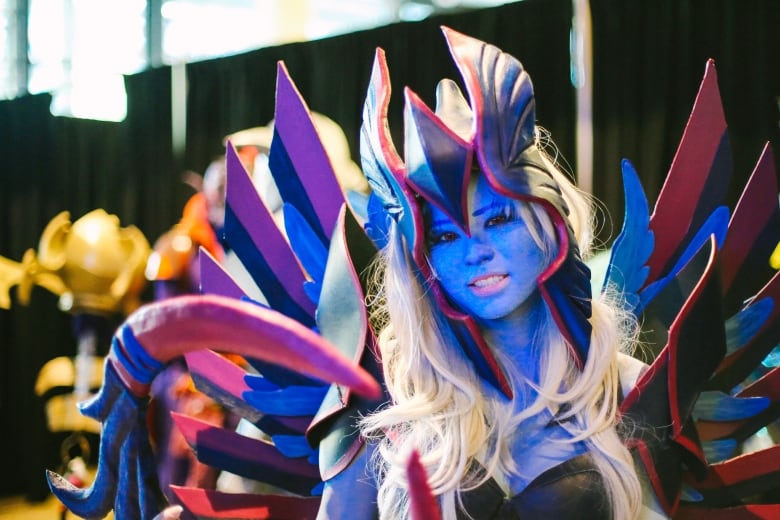 Cosplayers dressed as Dota 2 characters are part of the spectacle at The International. (Valve / Flickr)

Who will local fans be cheering for in this?

Some teams are made up of players solely from one country or region, so national flags are a common sight in the stands.

Some players have massive social media followings and are the rock stars of the tournament.

For hometown fans, there will be five Canadians at TI’s main event this week — two players and three coaches — including B.C.’s Ling and Babaev.