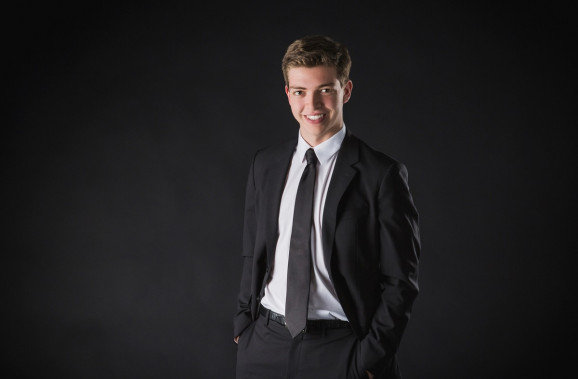 At 17 years old, Jordan Zietz might fit the typical profile of someone trying out for the All-Star eSports League, which brings esports competitions to high schools. But he’s not allowed to compete in the league. That’s because he started it, and he’s the CEO of the company.

Zietz recently announced that he raised funding with a seven-figure investment for All-Star eSports League from Eric Bensussen, president of game controller maker PowerA. All-Star eSports League wants to offer millions of dollars in scholarships, prizes, and more for its free high school esports league, which will offer game competitions in titles such as Fortnite, Overwatch, and Super Smash Bros. Ultimate.

This kind of esports league, akin to football and basketball leagues, could serve as the feeder system for collegiate esports and ultimately the professional competitions that are now giving away $300 million in prizes a year. These leagues are also a way to get more students involved in some kind of sport. (Next week, I’m headed to the Esports BAR Miami event).

“A vast majority of schools are saying how can we get our students involved in esports, especially because it’s pertaining particularly to the students who aren’t currently involved in other extracurricular sports,” Zietz said.

He added, “Some people who are physically unable may not be able to reap the rewards of sports. I used to injure myself a lot in high school. I tried playing football, lacrosse, I tried rowing. And I broke both my knees, my ankles, my back, I’ve had about every injury you can imagine. And so I eventually decided these aren’t for me.”

Zietz has expanded quickly in the last six months, and he says he has more than 5,000 registered teams. But he has formidable competition. Rival PlayVS announced a couple of weeks ago that it had raised $50 million, which in its last season held competitions for League of Legends. Another rival is High School eSports League. But Zietz said in an interview that PlayVS charges students for entering competitions, while his league allows students to play for free.

“They charge their students, whereas we do not because we believe this prevents talented individuals from being able to showcase their merit,” Zietz said. “As a student and a gamer myself, I firmly believe that everyone should be allowed to participate and PlayVS’ model discriminates.”

Zietz said he got the idea last year while trying to start an esports team at his school, Pine Crest School in Boca Rato, Florida. He realized that he should just start a league instead, as the current leagues cost several hundred dollars or more per year.

“We may not be the most funded esports league,” he said. “And that was never a problem in the first place. Because we’re a lot more efficient with our money. Because we understand the demographic, I mean, personally coming from a students gamer, myself, I actually I believe I understand the demographic. It makes more sense for it to be free, and all sorts of stuff that we’re really about growing.”

Zietz’s family is familiar with entrepreneurship. His older sister Rachel Zietz started her first company at 13 and she made it to Shark Tank. Zietz himself started his first company at 12,  a video game rental company. He also started a virtual reality company before switching to the esports idea.

“I’ve always been passionate about sports and gaming, but I’m glad to be partnering with Jordan because he takes this same passion to the next level. He genuinely cares about what he’s doing, and I think it has constant positive spillover into the company’s success,” Bensussen said in a statement.

Zietz plans on utilizing the new round of investment to help publicize the availability of the league and expand participation amongst students nationwide. The funds will also be used to augment All-Star eSports League’s prize pool, which he said includes over $1 million in scholarships, computer and gaming equipment, and other rewards.

The company has 12 employees, including a mix of adults and high school students. Zietz said his parents have to co-sign documents such as non-disclosure agreements with him, since he is a minor.

“It’s challenging, but it’s definitely the kind of challenge I’ve learned to welcome,” Zietz said. “It combines all my passions and everything that I love to do into a productive thing. I constantly go to my parents, and my sister. And all the mentors. I’ve kind of assembled through my life, even some of my school teachers, for advice on what do you think about this.”

Right now, the esports companies are in a rush to sign up teams and high schools.

“The main objective is the get as many high schools as possible,” he said. “And I say where the clear winner I mean, right now we do have the record.” 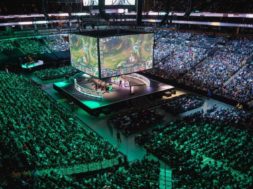 The Conference That Connects The Entire eSports Ecosystem