Home Business The Esports Reality Show That Abandoned Its Winners Is Back For Another Season
Business
Gaming
Tech
March 7, 2018 Black Dog Gaming 0 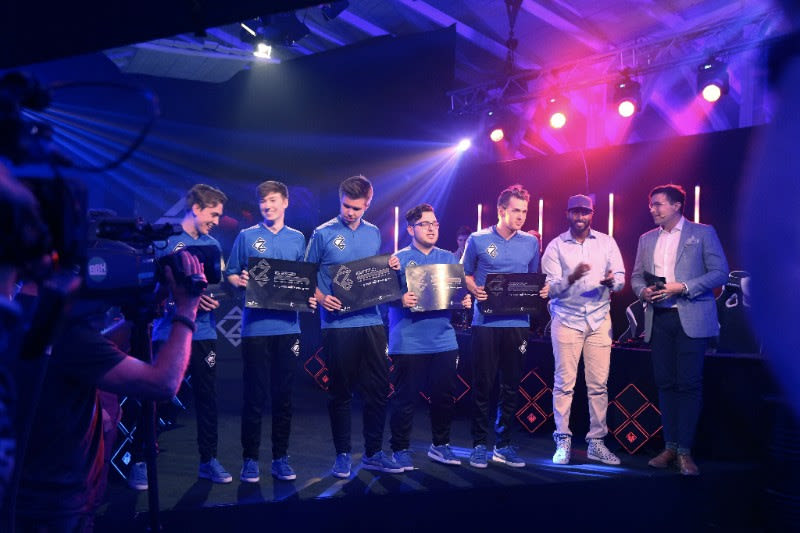 In May of last year, the first season of the esports reality show Gamerzpromised to award a six-month professional contract to five up-and-coming Counter-Strike: Global Offensive players. The show, hosted by Gamingzone Entertainment in Sweden, filmed over the course of three weeks. It broadcasted live daily episodes featuring twelve contestants living together in a gaming house, facing off in drills and challenges that resulted in elimination for the losers. Think Big Brother, except it’s live, and the top prize is a pro gaming contract for the last five standing.

After the final broadcast on May 21, 2017, the five winning gamers moved out of their Gamerz house and returned to their respective homes, continuing their training together online with guidance from Oskar “Ins” Holm, one of the coaches from the Gamerz show. In June, the team entered their first and only competition since Gamerz wrapped: Dreamhack Summer 2017’s BYOC competition.

It didn’t all go according to plan. One of the five winners, Dylan “DH” Hamrini, had to miss the tournament because of his school graduation, after which point he said the team wouldn’t practice with him anymore. Fredrik “Elo” Annerström, one of the Gamerz runners-up, filled in for Hamrini. The Gamerz alums ended up placing second at Dreamhack, but the team continued to deteriorate.

On July 27, 2017, Gamerz winner Jonas “Queenix” Dideriksen opened up to Dust2 about the team’s many problems. After Hamrini missed Dreamhack, the team fell apart. Rather than finding a replacement or giving any structure to the remaining players, GZE management appears to have largely ignored the team from then on. As of July 27, Dideriksen said he had not yet received a single paycheck, that the team had not practiced together since Dreamhack, and that their Gamerz coach had “no time” to talk to them for the past month. The day after the Dust2 interview went up, Dideriksen tweeted that Gamerz finally paid him.

The Gamerz money troubles were far from over, though. In the end, GZE never did pay the five winners a full six months of salary. Instead, the budding pros got their pay cut off after just three months.

Linus “Limpone” Wecksell, one of the show’s winners, told Compete that between two and three months after the show wrapped in May, the show’s organizers contacted the winners on Skype to say that their next paycheck would be their last. “In my case, that was 2.5 [months of] salaries, and that was all I was gonna get, I was told,” said Wecksell. Technically, Wecksell explained, that was “less than 50%” of the original prize value.

“I think the problem was that the discussion was one-sided,” Wecksell told Compete. “They were like, ‘We’ll give you three months salary, is that ok? OK.’ No one stepped up.”

There was little reason to step up. By that point, the team barely existed. They didn’t play together anymore, and most of the gamers had begun to pursue other jobs. Wecksell got an offer to sign with Tempo Storm SE’s Counter-Striketeam. Annerström, the Gamerz runner-up who had played with the team at Dreamhack, also got tapped by Tempo Storm SE. Both Gamerz players ended up signing with that team on August 11, 2017. Jonas Dideriksen joined Zetmac Gaming’s CS team later that same month.

That’s why Wecksell didn’t put up a fight about the halving of his prize money. “I wanted to leave Gamerz,” he explained. “I would still have liked to have all of my prize, but I didn’t have much say in it, because I should just be happy being allowed to leave for Tempo Storm. So I personally didn’t dare to make much of a case of it.”

GZE has since admitted that they botched the glamorous promise they made to the Gamerz season one winners. Robert Jönsson of Gamerz told Compete that Gamingzone Entertainment had “underestimated the challenges of setting up a good management of a professional team. This meant that some of the players got other offers and the winning team eroded.” A lack of consistent paychecks or leadership could certainly be described as “challenges.”

At the time, Wecksell says, the original five winners didn’t put up a fight. But Wecksell thinks that some still might try to get their remaining three months’ pay, saying that he thought Adam “WolfY” Andersson was “trying to get some shit together so we can try get the full prize.” Compete asked Andersson for more details, but he declined to comment.

Andersson is one of two winning players that ended up with an esports talent agency called Overlord that was founded and helmed by Oskar “Ins” Holm, the former team coach. Flickshot reported that all of the Gamerz participants had to sign a two-year broadcasting contract that required them to join a GZE talent agency that would take 20% of their winnings. However, several players appear to have been able to get out of that contract, including Wecksell. Compete has made repeated requests to GZE about the nature of this contract, but has not heard back.

The second season of Gamerz started this week, but this time, the show’s organizers have tapped the veteran esports organization Fnatic to pick up the winners. Gamerz executive producer Robert Jönsson told Compete that “this season the winning team will join Fnatic Academy and will be taken care of by their organisation.”

In CS:GO, Academy teams are just secondary rosters. These teams can’t compete in an event if their owner’s main team is already signed up. Fnatic hasn’t had an Academy team since last year; in August 2017, before their Academy players’ contracts expired, two of them got promoted into the main Fnatic team, and the rest got left to pursue other options. When Fnatic had an Academy team in play from 2016-2017, they did manage to compete in ten tournaments, including three Majors—three more than the Gamerz season one winners ever did.

previous Inside the Explosive Growth of Pro Gaming on a Smartphone
next The Boston Celtics Are Using Esports to Keep Fans Engaged, and Attract New Ones