Playing video games has not been so long ago seen only as a way to entertain yourself and kill some time. However, the advancement in technology and the popularity of these games turned into what people call eSports, a series of organized competitions where the best gamers in the world play popular games against each other.

The eSports industry got so big that these tournaments even entered the gambling world. produced the infographic below which lists some of the best New Jersey casino sites where you can bet on this new sport.
NJ Games

However, competitive gaming is not a new thing. As a matter of fact, the first organized gaming competition took place back in 1980, when over 10,000 participants contested at the Space Invaders tournament.

Early gaming consoles like NES also had own competitions back in the day, when people played Super Mario and other famous games for lucrative prizes.

As gaming competitions were getting increasingly popular, there was a need to organize them in a better way. The year 2005 saw the first CPL World Tour, with 10 different countries hosting the event. The final was held in New York, and the total prize pool was $1 million.

The world of eSports is growing with each passing year, and it’s showing no signs of stopping. The total revenue from eSports in 2017 was around $468 million, more than three times as much as it was in 2012. This growth is expected to continue, as the forecast shows that the revenue from gaming tournaments in 2021 will total over $1.3 billion!

There’s a lot more to this subject than what we mentioned in this text. If you want to learn more about the exciting world of competitive gaming, make sure to check the infographic below that includes details about the past, the present, and the future of eSports. 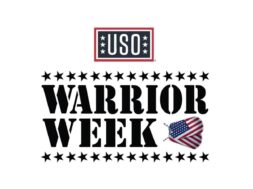