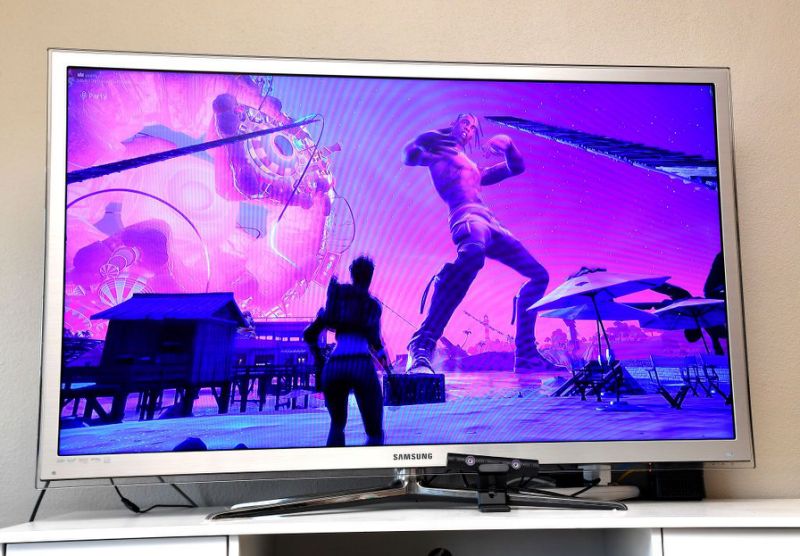 In these days of sheltering in place, music fans looking for live entertainment in a concert or large-group setting are pretty much out of luck. The best many can hope for are at-home performances of their favorite entertainers beamed through Zoom or on TV. In late April, though, followers of rapper Travis Scott became the exceptions, thanks to Epic Games Inc.’s Fortnite.

The video game — most of the time a battle-royale style contest where 100 players face off against each other in deadly combat on an island — was transformed into one of the world’s biggest concert venues, with the platform presenting new material from the rapper in a psychedelic show, “Astronomical.” Performing as a giant-sized avatar, Scott appeared in outlandish space and undersea scenes, with gamers able to simultaneously fly, swim or dance around him. In all, nearly 28 million people found mental refuge attending the concerts inside the game.

The scale of this type of new virtual-world mass experience and the popularity of rebooted old favorites such as Nintendo’s “Animal Crossing” point to what is now becoming possible on the back of the latest technology advances in gaming, including cloud-computing, more powerful semiconductors and game programming engines. And with video-game usage soaring as one of the main options for in-home entertainment amid the pandemic, these innovations come at the perfect time to spark the next level of growth for the industry.

Life in lockdown has certainly given the gaming sector a boost: According to the NPD Group, U.S. video-game industry sales rose 35% in March with only two weeks of the shelter-in-place benefit, versus monthly declines during the first two months of the year. And April is likely to be even better. KeyBanc Capital Markets’ internal card spending data for the category shows weekly year-over-year revenue growth rates ranging from 70% to 90% last month. Late Tuesday, the two largest independent U.S game publishers — Activision Blizzard Inc. and Electronic Arts Inc. — confirmed they saw accelerating business momentum in the last month, following the lockdown orders. These latest growth rates are much higher than the 9% sales rise for the 2020 global games market projected by research firm Newzoo.

In many ways, Epic Games is at the forefront in driving this next gear for the industry. Not only does it make Fortnite, it also has created the market-leading Unreal game engine that is widely used by other development studios to enable similar mass multi-player experiences. And investors are noticing Epic’s wild success. Last month, Bloomberg News reported the game maker is in talks to raise a new round of funding that is now expected to come at a significantly higher valuation than its last round, done at $15 billion in 2018.

This gaming surge could be the catalyst for a series of strong growth years for the industry. While there has always been a hard-core, steady audience for industry’s online multi-player games, the influx of new gamers may be more durable due to several factors. First, new habits are being formed as the beginners get exposed to the social communities inherent in today’s online multi-player games. As they build relationships with others inside these virtual worlds, it engenders long-term stickiness to the hobby. Second, the rising interest comes at the perfect moment, right before Microsoft Corp. and Sony Corp. are about to launch their next-generation gaming consoles for the first time in seven years. The cutting-edge technologies inside the two hardware devices that are slated to launch this holiday will enable even more immersive worlds and addictive photo-realistic experiences.

And in this more uncertain environment, gaming makes economic sense, too. In March, I wrote about the record-breaking sales of the latest version of the multi-player “Animal Crossing” and how retailers couldn’t keep the three-year-old Nintendo Switch console in stock because of rising demand for the title. At first blush, buying a $299 console to play a virtual life-simulation may seem like a big splurge. But the reality is, gaming is one of most inexpensive forms of entertainment on a per hour basis. Consumers can literally get hundreds of hours of playing time from one title.

To be sure, the industry won’t be totally immune from the negative aftereffects of the virus. There will likely be some delays as developers face challenges creating games and art assets from their home offices. Moreover, the initial manufacturing volumes for the new consoles could be reduced in the event of component shortages from supply-chain difficulties. But any short-term disruptions are less important compared to the larger long-term secular opportunity.

Eventually, the pandemic will wane and people will return to spend time on their favorite outdoor activities. But most gamers — new and old — are likely to keep coming back to the hobby because of the enjoyment it provides. Yes, there’s never been a better time to be a gamer and this could be the start of a new golden era for the industry.

This column does not necessarily reflect the opinion of the editorial board or Bloomberg LP and its owners.

Tae Kim is a Bloomberg Opinion columnist covering technology. He previously covered technology for Barron’s, following an earlier career as an equity analyst.