Fortnite players know what it needs to dominate esports 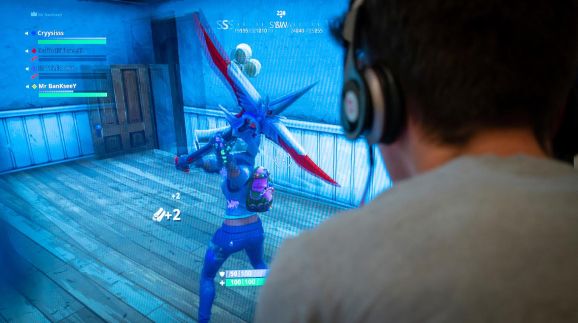 By 2022, esports will be as huge as the National Football League. That’s one of the stunning conclusions from a recent study from Goldman Sachs, which found that the esports market is set to generate $3 billion in revenue by 2022. In the next five years, esports will see a 14 percent annual growth, according to the investment bank’s study.

Goldman Sachs isn’t the only one bullish about the growth of esports. A study from the PwC  makes similar proclamations, reiterating that this space “can no longer be ignored.” Major networks like ESPN, NBC, and TBS are even getting into the space, airing large esports tournaments live.

Helping drive the incredible growth of this market is the popularity of the battle royale genre. In particular, Fortnite — the online multiplayer game from Epic Games — has become a phenomenon and has created a number of esports megastars, including Tyler “Ninja” Blevins.

The popularity of Fortnite also caught our attention at Reach3 Insights, and it inspired us to explore the factors behind the game’s impressive rise. Partnering with the popular streamer and Instagram influencer TheSquatingDog, we engaged more than 900 Fortnite players in conversational exercises using software from Rival Technologies. In the process, we collected hundreds of videos and images and uncovered surprising behavioral, emotional and contextual insights on Gen Z, the cohort after millennials.

Naturally esports emerged as a major theme, and insights from the study provide some crucial lessons for companies that want to take advantage of this market’s rise.

A popular but siloed sport

Among the players we engaged, Fortnite’s own events are very hot, but this popularity doesn’t translate to the rest of the esports world. Fifty-six percent of players watched some or all of Fortnite’s Summer Skirmish competitions, according to our study, but 68 percent of these Gen Z Fortnite players said they haven’t tuned in to non-Fortnite esports events. The only other event that garnered some attention was Overwatch League, which was watched by 21 percent of Fortnite players.

Our study suggests that while people are tuning in to esports, their interest is more focused on which games are being played, at least among engaged Gen Z Fortnite players, not on esports in general. In a way, this makes sense if you think about more traditional sports; just because someone watches basketball doesn’t mean she’ll also watch football. But it’s an interesting finding given all the buzz esports is getting.

For esports to grow as quickly as many experts are predicting it to, there needs to be a steady stream of extremely popular games such as Fortnite. It will also be important to cater to each game’s fans specifically rather than assuming a one-size-fits-all esports approach.

Our findings are also a reminder for companies that want to take advantage of esports marketing to do more research before diving in. What works for Counter-Strike isn’t necessarily what will work for League of Legends. There are a lot of opportunities to capitalize on the rising popularity of esports, but there’s also risk of failure if you don’t understand the motivations and wants of your audience.

An appetite to go local

Earlier this year, Epic Games made a big splash when it announced that it will be providing $100 million for Fortnite competition prizes for the 2018-2019 season. It was a bold and impressive move that demonstrated the company’s commitment to keeping Fortnite top of mind.

Much of that money goes to events such as the Fortnite Summer Skirmish, which boasted $8 million in total prize money. But Epic and other gaming studios might want to allocate some cash towards local events. One-third of the players we chatted said they wished Fortnite had local qualifying events, and 20 percent wanted larger prizes.

Big, shiny events like EVO or TwitchCon have become a standard in esports, but our study suggests there is also value in going smaller. For one, local events will engage more people. Currently Skirmish players qualify only through an invitation from Epic Games, but local qualifiers will give regular players the chance to be involved and potentially compete with the pros. That theoretical path to the big time for amateur players can help grow the grassroots level of competition and engagement. Local events can let more people feel included and provide opportunities for players to interact directly with the brand.

There is a lesson here for non-gaming brands too. Doing a city tour with something new can be a really exciting experience for many of your customers. Los Angeles, New York and other metropolitan areas are usual suspects when companies hold events, but hitting smaller cities can make other customers feel more included and help build your community from the ground up in a natural, organic fashion.

Other things that were high up on players’ wishlists when it came to Fortnite’s tournaments were quick replays using a spectator mode, a centralized stats or results website, and a real-time display of players remaining and kill counts. Today, the Epic Games website has live standings, links to full replays and week-by-week results, but our study shows that there might be an opportunity to expand on these webpages and provide more in-depth coverage, perhaps in the same way that the National Football League or the National Hockey League do.

So why do players want more stats and information about the game? We think this comes back to community-building. Deep stats will give players something to geek out to and talk about with other players. Easy availability of stats could also expand the popularity of analysts and podcasts discussing the intricacies of high level Fortnite play. Fortnite, of course, is a master when it comes to driving word of mouth and building community, but we think Epic Games still has room to grow when it comes to doing the same thing in its tournaments and events.

The growth and promise of esports is undeniable, but as our study shows, there’s opportunity for the industry to build its appeal more broadly, engage local audiences, and build word of mouth. In this high-growth period, it’s important for companies to get even closer to players and fans—and deliver on what these audiences want.

Matt Kleinschmit is the CEO and founder of Reach3 Insights, a purpose-driven consultancy that leverages agile, on-demand and conversational technologies and techniques for market research.