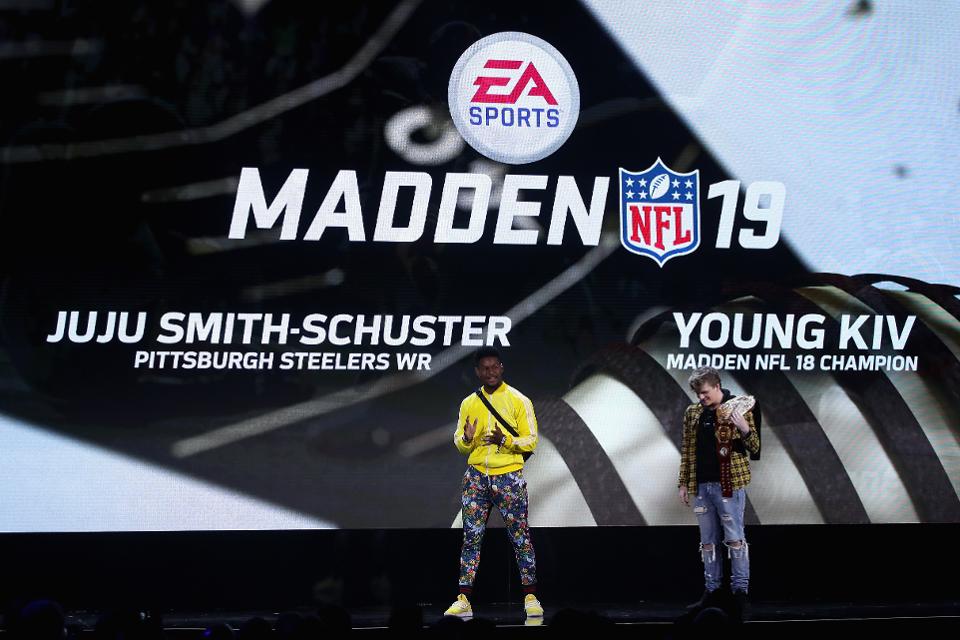 Pittsburgh Steelers wide receiver JuJu Smith-Schuster is not currently considered the No. 1 wide receiver on his team, situated behind one of the best in Antonio Brown, but he is quickly becoming the most marketable player for the franchise. Smith-Schuster has almost 700,000 followers on Twitter, 1.2 million followers on Instagram and another 500,000 subscribers on his YouTube channel. Followers only tell half the story; Smith-Schuster is a rare breed athlete because he is also highly engaging with the content he distributes.

The endorsement opportunities have followed based on Smith-Schuster’s social media success. Newest to be added to Smith-Schuster’s portfolio is HyperX, the gaming division of Kingston Technology Company , Inc, which focuses on developing gaming products for gamers such as headsets, keyboards, mice and USB flash drives.

Smith-Schuster becomes the first NFL player endorser for the HyperX brand, and will be paid six-figures in exchange for his promotional activity. He will exclusively use HyperX headsets during his gaming sessions, whether it be while he plays the very popular Fortnite or otherwise.

Deliverables on Smith-Schuster’s end include use of HyperX branding on his live streams, participation in HyperX marketing campaigns and appearances at HyperX fan events.

Smith-Schuster also has an endorsement deal in place with headphones, speakers and cables company Monster, and he endorses shoe and apparel brand adidas.

Darren Heitner is the Founder of South Florida-based HEITNER LEGAL, P.L.L.C. and Sports Agent Blog. He authored the book, How to Play the Game: What Every Sports Attorney Needs to Know.