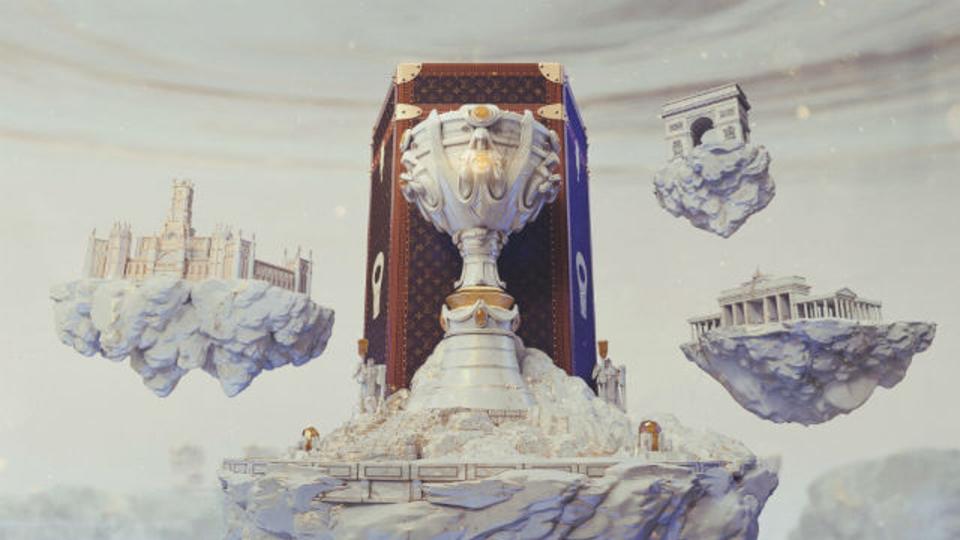 Riot Games has announced a brand new partnership with Louis Vuitton that will see the designer brand create a unique case for the League of Legends World Championship trophy.

The bespoke one-of-a-kind trophy travel case features traditional Louis Vuitton savoir-faire along with cutting-edge high-tech elements inspired by League of Legends. The case will, of course, make sure that the Summoner’s Cup trophy makes it to the League of Legends World Championship grand final at the AccorHotels Arena in Paris, France on November 10 in one piece.

“We are honored to have Louis Vuitton as an official partner with designs to impact the look, feel, and prestige of our most prominent League of Legends event,” said Naz Aletaha, Head of Global Esports Partnerships at Riot Games. “This is a historic partnership that speaks to the impact Riot Games and League of Legends has had on the industry over the past nine esports seasons. We welcome the LV brand to our sport and we are eager to share the entire scope of the partnership in the months ahead, in particular on November 10 when the Summoner’s Cup is awarded in Paris.”

The world of esports has seen many unlikely partnerships, but this one is certainly up there as one of the most unexpected. However, Riot being able to work with a company such as Louis Vuitton shows how the potential that esports brings for all types of brands.

“The League of Legends World Championship is not only the climax of the tournament: it’s where the world of sports and entertainment come together in celebration of new legends to be born,” added Michael Burke, Chairman and CEO of Louis Vuitton. “Louis Vuitton has long been associated with the world’s most coveted trophies, and here we are today, alongside the Summoner’s Cup. We are thrilled to be part of such an iconic event.”

Elsewhere in the partnership, there will be unique in game skins and a capsule collection designed by Nicolas Ghesquière, Louis Vuitton’s Artistic Director of Women’s collections. Giving fans something to get excited about along with the case for the trophy.

The League of Legends World Championship gets underway in the coming days as the play in stage kicks off in Berlin, Germany, before the quarter finals and semi finals take place in Madrid, Spain towards the end of October. 24 of the world’s best teams will compete for the title of best in the world and the sizeable cheque that comes with the victory.Follow me on Twitter or LinkedIn. Check out some of my other work here.