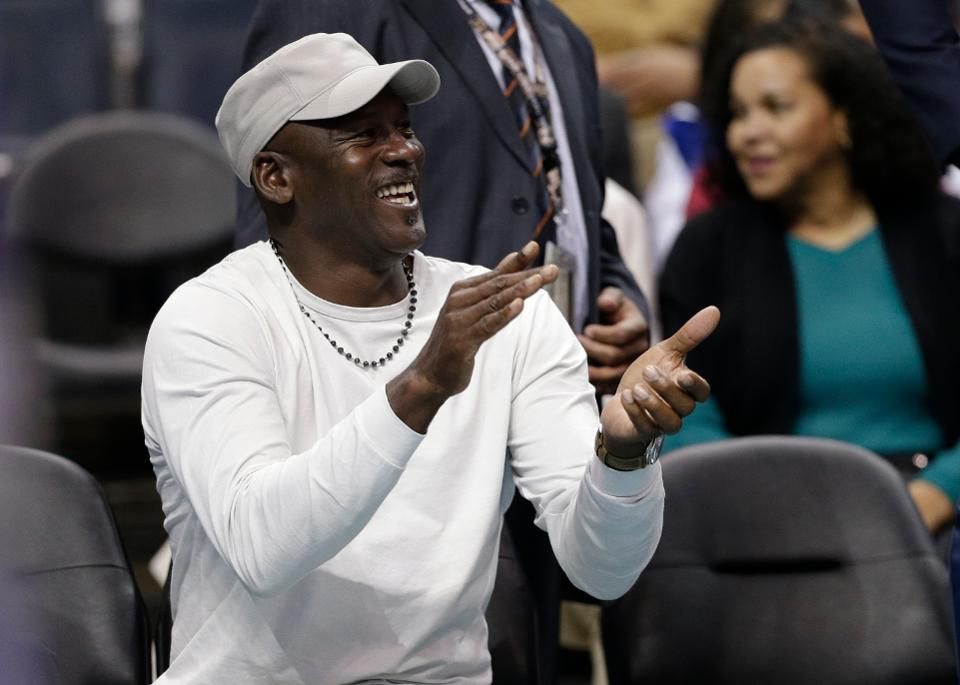 Esports is reuniting the Dream Team.

David Rubenstein is the cofounder and executive co-chairman of private equity firm Carlyle Group. Rubenstein, whose has a net worth of $2.8 billion, is investing into aXiomatic through his family office, Declaration Capital.

Jordan is considered by many the greatest NBA player of all time, winning six championships in his career. With brand deals with Nike, Hanes and Gatorade and his majority stake in the Charlotte Hornets—a franchise worth $1.05 billion—Michael Jordan has a net worth of $1.7 billion. This is Jordan’s first investment into the esports industry, and he joins his 1992 Olympic teammate Magic Johnson as a co-owner in aXiomatic.

“Probably no other franchise has the championship pedigree as we do with now Michael and with Magic,” says Ted Leonsis, whose own Washington Capitals earned its first Stanley Cup victory earlier this year. He notes he received a championship ring for both the Capitals’ victory, as well as Team Liquid’s Dota 2 championship at The International 2017, which netted the team $11 million in prize money.

Team Liquid is led by Steve Arhancet and Victor Goossens. The co-CEOs Ted Leonsis calls Lennon and McCartney have amassed a highlight reel of accomplishments since aXiomatic took over the team in 2016. Along with the Dota 2 title in 2017, the team opened a ground-breaking 9,000 square-foot training facility at the start of the year and its League of Legends team won its first North American championship this spring and followed it up with a repeat win in the summer. Forbes recently valued the organization at $200 million–the third highest among esports teams.

For Liquid, aXiomatic will use the capital to continue investing in infrastructure, training and further player acquisitions. The group also owns smaller companies in the space that they will continue to build, including analytics site Mobalytics, local tournament organizer Super League Gaming and training platform Gamer Sensei.

As the majority owner and CEO of Monumental Sports, Leonsis points out the live arena possibilities for esports throughout the DC metro area, such as the 20,000-seat Capital One Arena, the 10,000-seat EagleBank Arena at George Mason University and the new 5,000-seat WNBA and G League arena at St. Elizabeths.

“I think you’ll see sports team owners and venue operators looking at esports as viable tenants, or esport owners one day saying, hey we need our own building,” Leonsis says. “I think you’ll see a wave of investment and partnerships and building over the next decade. That’s going to be a very, very hot new area.”

aXiomatic’s raise is the third major esports investment announcement in two weeks, with Cloud9 raising $50 million in a Series B and Drake becoming a co-owner in 100 Thieves through a Series A round. aXiomatic raised $25 million in Series B funding earlier this spring.

As aXiomatic’s CEO and Cofounder Bruce Stein puts it, “Esports for us is more than just a sport. It’s a culture change.”

I’m the reporter for the Games section of Forbes.com. I previously served as a freelance writer for sites like IGN, Polygon, Red Bull eSports, Kill Screen, Playboy and PC Gamer. I also manage a YouTube gaming channel under the name strummerdood. I graduated with a BA in jour…