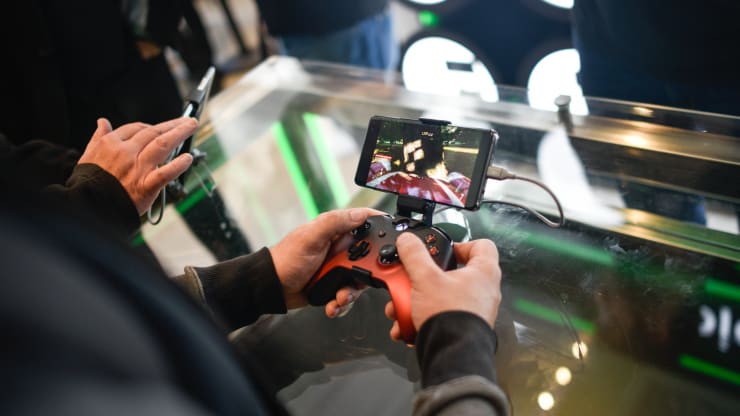 Microsoft announced Tuesday it will be launching its Netflix-style cloud gaming service on Sept. 15 as part of a $15-per-month subscription bundle.

A beta version of Microsoft’s cloud gaming software will be included with the Xbox Game Pass app on Sept. 15, allowing users to jump into a game from their smartphone or tablet. The app will only be available on Android devices and in 22 countries including the U.S., Canada, Britain and South Korea. Microsoft said it’ll be coming to PC too, but there’s no release date for that yet.

Players will be able to choose from a selection of over 100 games at launch. Microsoft didn’t reveal all the titles that will be available, but shared an initial list of games including “Destiny 2,” “Gears of War 5,” “Grounded,” “Halo 5,” “Minecraft Dungeons” and upcoming title “Tell Me Why.”

What is cloud gaming?
The ability to play games from the cloud is a concept that’s gathered increasing momentum in the $150 billion video game industry.

The technology is often thought of as a kind of “Netflix for games,” as it lets people stream games over the internet on their phone, tablet or PC while the games themselves are run on remote servers. The appeal of this model is that gamers wouldn’t have to buy a console or an expensive gaming computer to play.

Competition in the cloud gaming space has heated up of late, with Google launching its own streaming platform called Stadia last year. Google’s service was met with mixed reception due to a limited library of games and the fact that many of those titles had to be purchased individually.

Nvidia has also released its own platform called GeForce Now, however that ran into trouble with developers earlier this year, and Activision Blizzard pulled all its games from the service. Meanwhile, Sony has long offered a cloud gaming subscription service called PlayStation Now, but that’s only available on the PlayStation 4 and PC.

In Microsoft’s case, the company will roll out cloud gaming on Android phones and tablets but not PC or Apple devices to begin with. George Jijiashvili, senior analyst at Omdia, said that while Microsoft was a “force to be reckoned with” in the game streaming market thanks to its Azure cloud technology and Xbox gaming brand, the lack of iPhone support was “a massive elephant in the room.”

Microsoft also unveiled a range of dedicated controllers and accessories that will work with cloud gaming, thanks to partnerships with various gaming hardware manufacturers.

One controller from Razer attaches to a user’s smartphone, with analog sticks and buttons either side in similar fashion to Nintendo’s hybrid Switch console. Other devices that will be compatible with Microsoft’s cloud gaming service include two controllers from PowerA — one with a phone mount on top and another that attaches on either side of a phone — a retro-themed controller from 8BitDo and a wireless gaming headset from SteelSeries.

Microsoft is currently gearing up for the launch of its upcoming Xbox Series X console, which will compete directly with Sony’s own next-gen machine, the PlayStation 5, in the fall. But Microsoft has placed an increasing focus on cloud gaming and subscriptions, with all its upcoming next-gen games including “Halo Infinite” and “Fable” set to come to Xbox Game Pass.

The video game sector has thrived during the coronavirus pandemic due to government-enforced lockdowns around the world. In its fourth-quarter earnings report, Microsoft said its Xbox content and services revenue rose 65% with record engagement as people stayed home and played games.