Most teens can’t afford a virtual reality headset, so they’re going to VR arcades instead 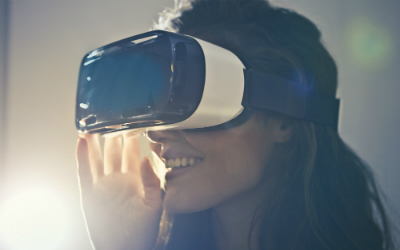 You can now go to a VR arcade from CNBC.

There’s a new game in town: Virtual reality (VR) arcades are popping up to let people experience the computer-generated worlds without having to buy a headset.

“There’s not that much you can do if you’re 13, 14, 15, 16 after school aside from if you don’t play sports,” George Casseus, head of business development for Brooklyn VR arcade Yokey Pokey. “You just don’t want your kids to play video games at home. They come here. They play with their friends. They do more active things inside of here as well.”

While there are millions of personal headset owners out there — Sony’s PlayStation VR headset alone sold more than 1 million units as of June 2017 — VR is not yet widespread.

The nascent VR gaming industry earned $286.7 million last year, according to SuperData Research, but could grow $2.3 billion industry by 2020. Though you can buy Google Cardboard viewers for $15 you can use with your smartphone, gaming headsets alone are hundreds of dollars. Facebook‘s Oculus Rift starts at $399, while an HTC Vive starts at $599 — not to mention the computers and other equipment you’ll need to run high-end VR experiences.

Yokey Pokey is one of eight VR arcades that have sprung up in New York over the past few years, though there are other venues that offer VR as part of their activities. The venue, which launched in fall 2017, has 42 headsets ranging from Playstation VR, Oculus Rift, HTC Vive and Samsung Gear, with about 30 gamers playing at the same time at peak times according to Casseus.

Matteo Marchesi, 15, heard about Yokey Pokey last year from a friend, and now stops by once a month after school or on the weekends with some friends from school. His favorite game is “Super Hot,” where time only moves when you move so you have to be strategic about your motions to defeat the enemy.

He has a computer he plays games on at home and would love to buy his own VR headset but it’s too expensive.

“Playing at home is more of you have to sit down, and you have to have the keyboard and the mouse,” Marchesi said. “It’s a lot less real. You only have a monitor to look at, and everything else is real. But here it’s your body controlling the character.”

As one might expect, a lot of Yokey Pokey’s customers are kids. It hosts birthday parties every weekend and is planning a “Minecraft” VR tournament since it is one of its most popular games.

But the venue also tries to cater to older clientele, including hosting paint nights for adults where they can paint in 3-D. Another face your fears event lets people confront their phobias in VR, including a fear of heights through “Richie’s Plank Experience.” The game makes it seem like you are walking on a thin plank sticking out from the side of a tall building, despite never really leaving the ground.

“Virtual reality allows for all types of gamers and all types of people who just want to have good experiences,” Casseus said.