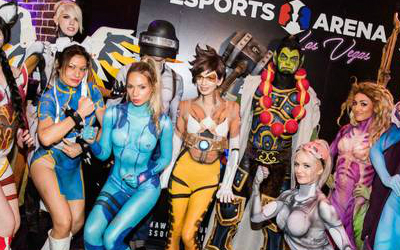 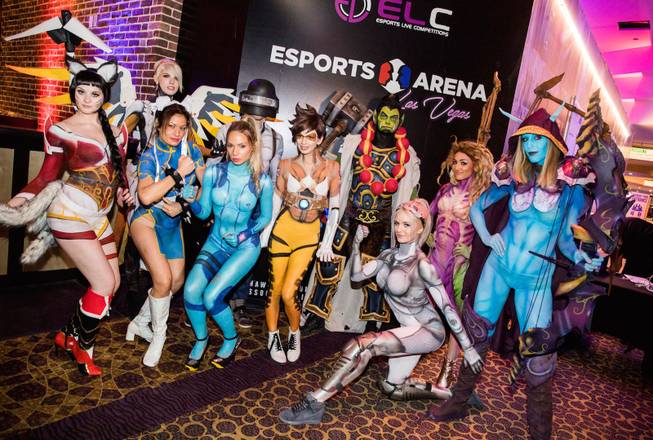 On March 22, the Luxor will open Esports Arena Las Vegas in the space formerly occupied by LAX Nightclub. To the average Vegas visitor or casual observer, this development likely seems like another casino entertainment experiment aimed at bringing in younger customers, or possibly the beginnings of a new Strip trend.

But if you’re acquainted with the rapid growth and seeming unlimited potential of the esports industry, this new Las Vegas venue is arriving right on time.

“Last week on ‘Saturday Night Live’ Will Ferrell made a Twitch joke. I’m sure it went over everyone’s head, but Twitch is a live-streaming video platform that made [millions] in revenue last year from kids and young adults watching other people play video games,” says Christopher LaPorte. “Gaming is the second most-popular content category on YouTube. The market is there, you just have to get past the stereotypes of what gamers are and what esports is. It’s like poker. Is poker a sport? It’s on ESPN.”

LaPorte owned and operated the pioneering downtown Vegas bar Insert Coin(s) from 2011 to 2015, a nightlife venue that combined video games, music and drinks in a unique way. Local and tourist gamers gathered there to party and occasionally compete in tournaments, which is the essential core of esports, now a phenomenon that includes major competitions around the world, massively popular live-streaming of such events across platforms like Twitch, partnerships with major brands and professional sports, and esports-oriented venues of various sizes like the Bar & Game Lounge at Downtown Grand or the coming Luxor arena.

LaPorte, who’s working to create a new version of his video game bar at a different downtown site, says the timing of the Luxor arena “is awesome,” noting that MGM Resorts International is joining other brands like Bud Light, the NFL and Disney with a heavy investment in esports. “There are arenas like this popping up everywhere and at the end of the day, people want to do this,” he says. “Vegas is an amazing opportunity for this to get validated.”

Esports Arena Las Vegas is not just the first dedicated esports arena on the Strip. It’s planned as the flagship venue for Allied Esports, a joint venture of several international entertainment companies established in 2015 that operates or is building similar arenas in Orange County, Oakland and China. The multi-level Luxor arena will offer a competition stage, LED video wall, telescopic seating, daily gaming stations and state of the art streaming and television-quality production studios. Of course, there will be drinks and food, too, including a gaming-inspired menu created by renowned chef José Andrés.

“Las Vegas is such a great destination for esports because it already ignites this passion in people all around the globe, and that’s really important to us,” says Allied Esports CEO Jud Hannigan. “There are very few places that everybody wants to travel to and Las Vegas is one of them, and Las Vegas is key to our offerings because it makes us exciting to a broader fanbase. It’s a city that’s constantly reinventing itself and people are starting to see us as a part of the next version of what Las Vegas is. It’s very exciting to have that kind of foothold.”

If Las Vegas is a great destination for esports, the Luxor is surely the perfect home for this facility — a pyramid formed from shining black glass with a powerful beam of light blasting from its pinnacle sounds like it could be a video game landscape.

“There are few buildings as iconic as this,” Hannigan says. “When we were looking up and down the Strip, we fell in love with this venue within the Luxor, but also thought about how everything we’re doing globally leads to the pinnacle of this pyramid. You can see that light beam from so far away, it’s like a beacon bringing you to Las Vegas and we’re jazzed about being associated with that.”

Luxor President and COO Nik Rytterstrom says research into the esports scene leading up to the arena announcement provided a few surprises, but the more he learns, the more he’s sure it will be a successful endeavor.

“I certainly didn’t realize just how big it is, but I’ve been able to attend a couple different events and more importantly spend some time in Santa Ana where they have their arena and I’ve seen the energy,” he says. “I think the demographic is broader than I expected, too. A lot of esports fans are in their late 20s, 30s and 40s.”

Rytterstrom and his team originally explored smaller spaces at the south Strip property for an esports venue. But once MGM executives realized the Allied Esports team had a bigger vision, the nightclub space was introduced into the conversation. LAX was the only MGM nightclub in Las Vegas that was being operated by the company itself.

“This is going to be new to the entire city, not just our portfolio,” Rytterstrom says. “We’ve followed the growth of esports and being a leader in the entertainment industry, we knew this would be the natural progression.”

A week after the arena arrives, the Nightclub & Bar Convention and Trade Show will return to the Las Vegas Convention Center, this year including a keynote panel discussion entitled “The Bar of Tomorrow: E-Sports, Streaming & Innovation.” Panelists will include JT Gleason, director of integration success and developer success with Twitch; two executives from Harena Holdings, which has created the Scout platform to aid professional development of gamers and esports enthusiasts; and Nick Fotheringham, owner of downtown Vegas nightclub The Nerd. The objective of the discussion is to explore and maximize the presence of esports and social media in the traditional bar space, retain millennial customers and capture coming generations of consumers who will be even more plugged into the digital world.

In Vegas terms, there might not be a huge difference between a nightclub and an esports facility. Both are geared toward a younger demographic and both strive to create a multi-dimensional, immersive experience on a grand scale. The Luxor project could be one of several conversions of a traditional nightlife venue into this new video game-based environment.

“I think it’s absolutely going to be a trend in Las Vegas,” says Allied’s Hannigan. “Someone said to me not too long ago that we’re the first to this on the Strip and if it does well, we’ll see others at other properties. With the production element going into what we’re building and the capabilities this facility will have, I think it will set the bar pretty high.”