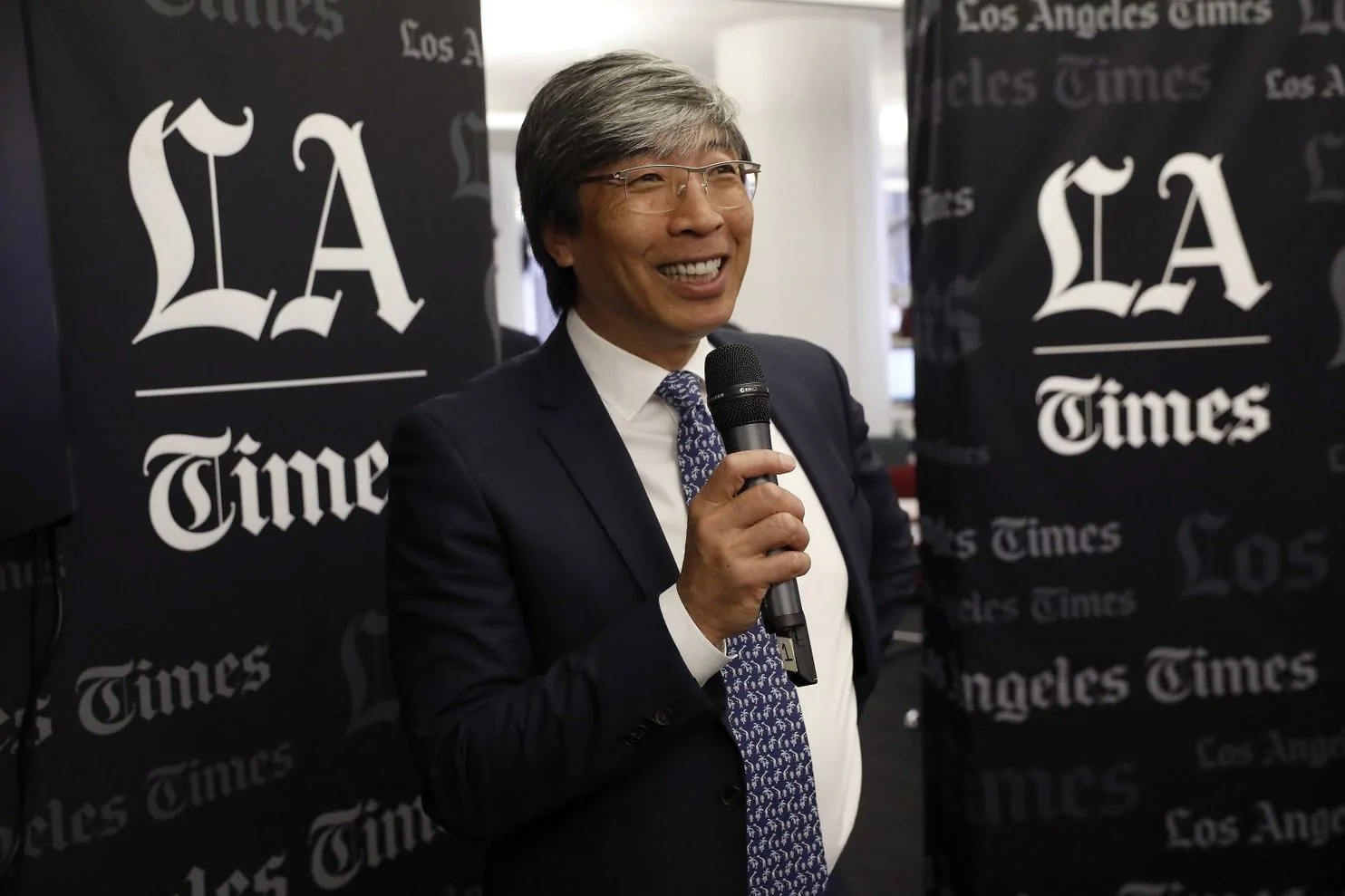 LOS ANGELES — The billionaire owner of the Los Angeles Times has made a career, and multibillion dollar fortune, from attempting to cure cancer as well as the pervasive ills of the health care system writ large. Now focused on reviving the Fourth Estate on the West Coast, Dr. Patrick Soon-Shiong is turning to an unlikely ally, one which he believes will be central to real news engagement: video games.

Soon-Shiong’s NantWorks holding company announced an investment in Daybreak Game Company, which will see Soon-Shiong take a controlling stake in the popular H1Z1 game, a one-player-versus-all predecessor to the breakaway hit Fortnite. The investment will also lead to the development of mobile versions of Daybreak games, as well as a “next generation game publishing platform.”

Speaking to The Washington Post from the future site of the L.A. Times Center next to the paper’s new offices in El Segundo, Soon-Shiong said he sees the investment as part of an ambitious strategy to both combat fake news and shore up the Times’s position among young people and sports fans across the nation.

Recognizing that most young people get their news from social networks and other digital sources, Soon-Shiong wants to spread the footprint of his company’s reporting on platforms where this audience already spends its time.

“The most evolved engagement engine is video gaming, Fortnite . . . the Millennials, across Twitch, interconnect and communicate,” said Soon-Shiong.

“We could take an engine like this and find a way to enhance a different form of social network, and games add an element of storytelling,” he said.

Adding that his “great fear” is fake news and disinformation, and that the current generation of social networks has facilitated an increased degree of tribalism, Soon-Shiong hopes to create “information of joy” that can bring about a new kind of “interactivity” with news stories.

Soon-Shiong, often cited as one of L.A.’s richest men, has previous experience with interactive formats in media via his investment in Fourth Wall Studios, which won an Emmy for a transmedia series in 2012, but then shuttered a few months later.

The investment in Daybreak and focus on esports is part of larger L.A. Times strategy to position itself as a go-to destination for sports coverage, according to Soon-Shiong, who also has a minority stake in the NBA’s Lakers and called Los Angeles the “sports capital of the world,” citing this city’s multiple NFL, NBA and MLS teams, as well as two top tier NCAA programs, MLB and NHL teams in the region. The city will also host the Super Bowl in 2022 and the Olympic Games in 2028.

“One of our priorities is to be the sports paper of the nation,” said Soon-Shiong, who is known for big swings, as evidenced by his co-discovery of the cancer treatment drug Abraxane, the basis for his fortune, and contrastingly the recent bankruptcy of a health care system into which he had invested.

“I consider esports a sport, like chess or like golf, it’s a mental sport with muscle twitch. It’s a sport,” he said.

“The growth of virtual sports has been explosive,” said Times Executive Editor Norman Pearlstine in a news release. “We look forward to covering all the major games companies, including Daybreak.”

Even as the L.A. Times, under its new management, is pursuing bold plans to recapture its position in the national media landscape, it still faces the kinds of basic problems reminiscent of its turbulent past years. The Times’s website is currently inaccessible in most European countries and the print edition is not widely available throughout much of California, including San Francisco, whose residents do not have a home delivery option.

Unlike previous years and management, those issues are now being counterbalanced by endeavors such as the L.A. Times Center, which is set to play a role in the Times’s new focus on sports and new tech platforms as well.

Soon-Shiong said the 100,000 sq ft venue will feature a high speed fiber network, video and podcasting studios, and host about 90 events per year, ranging from presidential debates to esports competitions. Soon-Shoing’s Daybreak investment also included control of the PC H1Z1 league. He has also offered to help the Lakers create a practice facility for their NBA 2K League team at the venue.

With Soon-Shiong’s move into esports and video gaming, he is taking action on what he believes is the next phase of the newspaper business, where newspapers evolve from their print origins to become full-on media brands, with their fingers in diverse platforms, including live events, social media, websites, TV and over the top media services.

But while the industry has seen no shortage of video initiatives and cheap engagement tactics, Soon-Shiong’s pivot to video games represents a new method of trying to reach, and become relevant to, new audiences— and those audiences are already noticing.

“We have to be in every element of each [media platform],” said Soon-Shiong.