What parents should know about esports 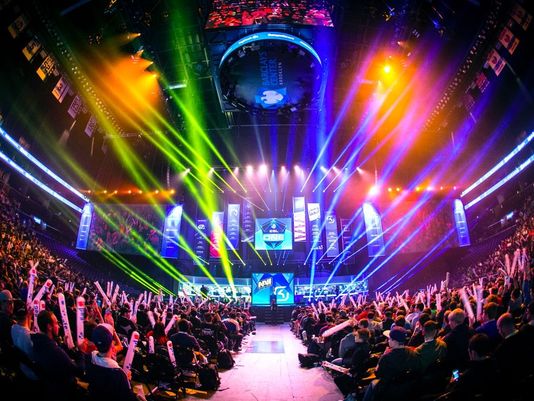 Playing video games for big bucks has ballooned into a huge business the past few years, yet the shooting Sunday at a tournament in Jacksonville, Florida, may well be the first time many people have even heard of esports, much less paid attention.

Parents are understandably asking questions now: Is there something about the intensely competitive nature of esports that exposes kids to undo risk? Are the venues in which these young people are battling other players safe and secure? And in an age where we’re all increasingly concerned about the hours we spend in front of a screen, is it especially harmful to have your kid glued to a monitor?

It has certainly become a sad societal truth that such a shooting can happen anywhere, including concerts and classrooms. While the Jacksonville shooting appears to be a tragic outlier at a video game tournament, the violence shouts out for the need for more security to be in place at such gatherings.

Should I let my kids participate?

That said, though, it is probably an overreaction to tell your kid that he or she cannot watch or participate in a video game tournament. Are you going to keep them away from other forms of entertainment too, say, a theatrical performance or professional football game?

“Even outside of the people that maybe give you grief when you’re playing a game or they talk trash, for the most part the (esports) community is very accepting,” says Jeff Haynes, senior editor of video games and websites at Common Sense Media. “Esports players are just as shocked as everybody else about this.”

Moreover, the blessing and participation not only of professional sports leagues such as the NBA and NFL but also the encouragement of colleges – some offering scholarships – and high schools suggest that esports acceptance is not only sanctioned but going mainstream.

The top esports pros can make seven-figure incomes, but the reality is that most video game players are not going to make the digital big leagues, just as the odds are greatly stacked against a youngster getting on an NFL roster.

How long is too long to play?

Those who do end up making it have to put in countless hours in front of a screen, which is why some teams or schools insist that players also participate in physical activities and take regular breaks away from the screen.

Parents should insist on that balancing act, too, especially given mounting evidence that screen addiction can be bad, and, in some instances, lead to mental health repercussions.

The most avid esports participants may face other health risks, too, from carpal tunnel to back pain, and in some extreme instances, Haynes points out, even collapsed lungs because of the way intense players may hold their breath while competing. Haynes adds that in the most twitchy-type games, a player might perform 600 to 800 actions per minute, clicking, tapping or moving the screen to get a better view of the action.

The nature and type of a video game is also something to be mindful of. Parents may be fine with sports-oriented titles or real-time strategy games; less so, especially factoring in the tragedy in Jacksonville, with fighting games or first-person shooters.

At the end of the day, of course, esports is supposed to be about having fun, and should remain so as long as proper security measures are taken. With that in mind, perhaps one of the best recommendations for parents is to reassure yourself, and your offspring, by joining the kids at an esports event.