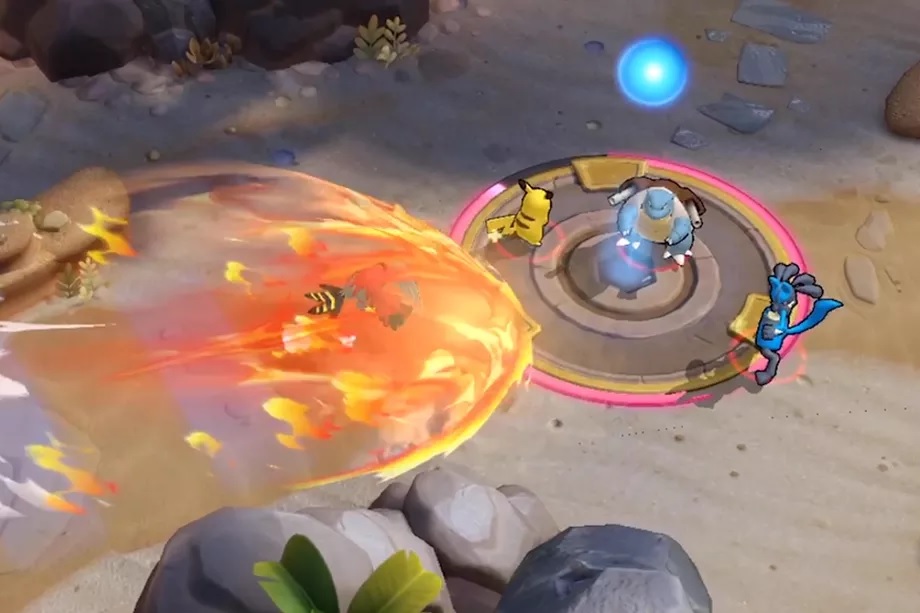 In some ways, yesterday’s announcement of Pokémon Unite felt a few years too late. There was once a period of time when it seemed every major publisher was experimenting with the then-burgeoning MOBA trend, trying to emulate the newfound success of League of Legends and Dota 2. That was years ago. Yet, here was The Pokémon Company teaming up with Tencent, announcing its own competitive 5 vs. 5 strategy game in the year 2020. It was a blast from the past. But while it’s easy to be cynical about the announcement, there’s no denying a simple fact: Pokémon Unite has the potential to be absolutely massive when it finally launches and open up the world of competitive gaming to a whole new audience.

For one thing, while the flood of new MOBA games has slowed significantly, the genre is still incredibly popular. Dota 2’s annual tournament, The International, remains the most lucrative esports event in the world, while League of Legends, despite being a decade old, still has millions of players and regularly tops the viewership charts on Twitch. Elsewhere, Honour of Kings, a mobile take on the genre, is one of the most-played games in the world, based entirely on its popularity in China alone.

Honour of Kings was also developed by Tencent’s TiMi Studios, the same team behind Call of Duty: Mobile, which had one of the biggest launches in mobile gaming history last year. It’s a team that knows how to make global hits, and now, it has partnered with one of the most iconic entertainment franchises of the last 20 years on Pokémon Unite.

The most important aspect of the announcement might just be the current state of Pokémon itself: the franchise is arguably as big as it has ever been. The traditional console games sell at a brisk pace — Nintendo says that last year’s Sword and Shield had “the highest-grossing launch of any Pokémon game” in the US — while Pokémon Go remains one of the most popular video games of all time. Meanwhile, The Pokémon Company has really flooded the zone with surprising and often successful ventures like the theatrical release of Detective Pikachu and curious offshoots like the AR oral hygiene game Pokémon Smile. At times, it can feel like Pikachu and friends are everywhere.

Outside of the collectible card game, though, there isn’t a huge competitive scene for Pokémon. Pokémon Unite changes this instantly. Virtually everything about it, from the way the map looks to the way characters steadily level up over the course of a match, is reminiscent of existing MOBAs. But it has the added benefit of a roster of instantly recognizable characters.

It’s a game that has the potential to open up the world of esports to a completely new demographic. Not only is the franchise known to just about everyone, but Unite is also coming to mobile in addition to the Switch, making it instantly accessible to a large audience. Pokémon Unite might not be the next big esport — I’m not expecting to see the game launch alongside a professional league where matches are played in front of thousands of fans — but it could very well open up the often niche and impenetrable field to a more mainstream audience, thanks to a combination of platform and existing audience.

Of course, none of this is a guarantee of success. Blizzard has struggled to make its own MOBA, Heroes of the Storm, into a big hit despite its impressive track record and enviable lineup of popular characters. Similarly, the Western version of Honour of Kings, Arena of Valor, hasn’t caught on the way its Chinese predecessor did. It’s entirely possible that Pokémon Unite won’t become the next big competitive game. After all, there have been plenty of mobile Pokémon games that have come and gone with little fanfare.

But the combination of developer, genre, and intellectual property suggests that Pokémon Unite has a good chance at expanding the world of Pokémon in a new way. The announcement may have felt behind the times at first — but the game might just be coming at the perfect time.