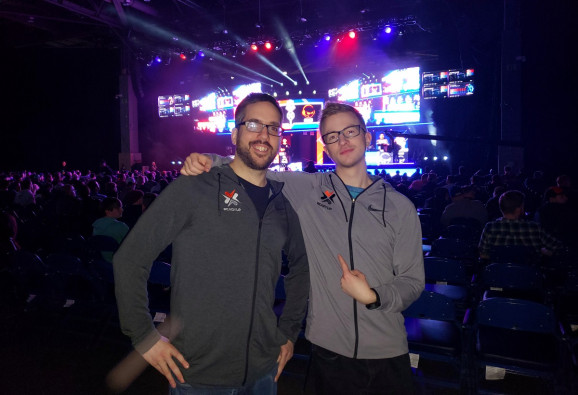 ReadyUp, a platform for player connection and team management for gaming and esports, has acquired Ready Up Live, a gaming community site.

ReadyUp and Ready Up Live are a natural fit, according to Ready Up Live founder Dan “Greenskull” Hammill, a celebrity gamer who has 262,000 subscribers on YouTube.

Hammill said he was looking to acquire the rights to the Ready Up Live name and found that rivals from ReadyUp were doing the same thing. He proposed a meeting earlier this year and got together with Roderick Alemania, CEO of ReadyUp, and famous pro gamer and ReadyUp cofounder Johnathan “Fatal1ty” Wendel. They hit it off and decided to combine the companies. It was a happy accident, Hammill said.

San Francisco-based ReadyUp was founded in 2017 to benefit amateur and professional gamers, teams, and gaming clans. It is creating a gamer database and discovery recommendation system which will connect players with each other and with teams based on skill, playing style, and compatibility.

ReadyUp’s team management tools will enable esports competitors to efficiently manage their teams so they can focus on recruitment, competition, and player development. Additionally, gamers can monetize their skill and passion for gaming by creating content, engaging with advertising, or by offering coaching, training, and experiences in a marketplace that will integrate blockchain as a catalyst for commerce.

Hammill said the combined company would go after both the esports audience and hardcore gamers. He said that if you can be authentic enough to capture the core gamers and esports players, then larger audiences of casual or mainstream gamers would follow. 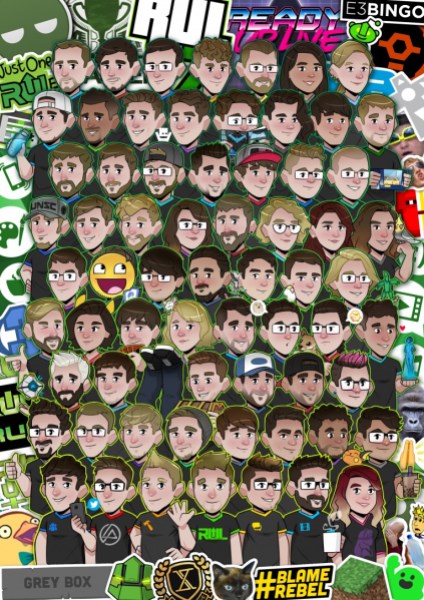 Above: ReadyUp will cater to esports teams and hardcore gamers.

Meanwhile, Toronto native Hammill founded Ready Up Live in 2007 as an Xbox forum. It grew over time to a thriving gaming community across ReadyUpLive.com and on YouTube.

“Our tagline was the friendliest gaming community on the web,” Hammill said. “We had strict rules to make sure everyone was friendly. We wanted to be inclusive, not exclusive. That’s what we created over 11 years.”

But Hammill said it came into its own with popular Halo gaming videos, and that became its springboard for going viral with all types of content. The Ready Up Live YouTube channel boasts over 60 million total views. More recently, Hammill started focused on the Discord community, and that channel will now go under the ReadyUp name.

“Halo was my big passion and it brought everyone together,” Hammill said.

Hammill is still a full-time streaming, and he will maintain his separate “Greenskull” brand. At ReadyUp, he will serve as head of content and community.

“We’re so lucky, honored, and humbled to join forces with the Ready Up Live community,” said Alemania, in a statement. “ReadyUp’s core value is to serve the gaming and esports community. Having Dan on our team as a partner and colleague is a great start.”

Hammill said, “I was immediately impressed by their vision and game industry tenure. We share a passion for the industry and in supporting a friendly, welcoming community – and we quickly realized the potential of joining together. Using our existing tight-knit community as a base, we plan to build a platform that champions all types of players and gives them a digital home regardless of their background.”

The ReadyUp platform is set to formally launch in the fall 2018. Gamers can join the closed beta at www.readyup.com.