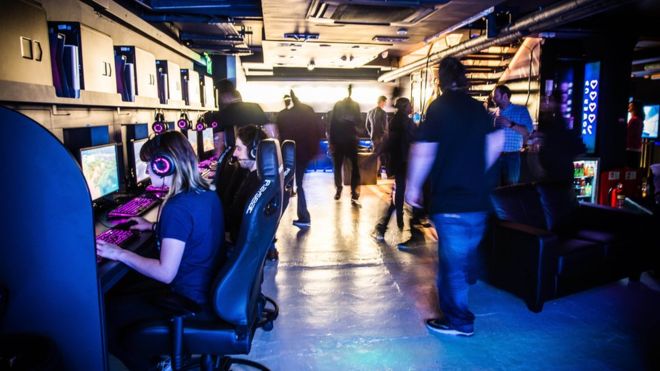 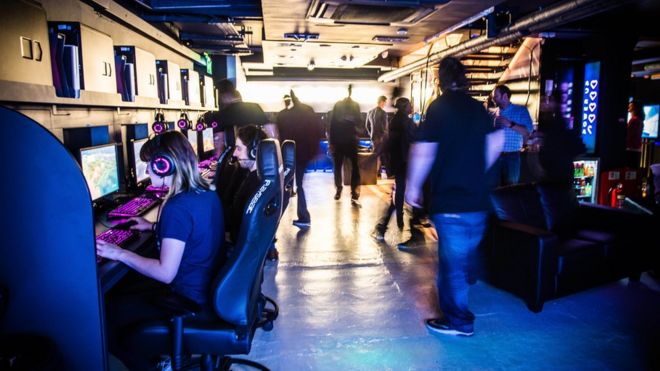 Sports Direct plans to open e-sports areas in some of its stores as it increases its collaboration with specialist games retailer Game Digital.

The retailer will allow space in which to sell both physical gaming products and for players to meet and compete.

E-sports, essentially computer and console gaming, can be played in public and attracts many spectators.

Game launched Belong about a year ago in the Manchester Trafford Centre. It now runs 19 such venues.

The company still sells physical computer games, as these are often so highly detailed and data heavy they are impractical to download.

E-sports takes several forms. At the top there are professional players, some employed by top level football clubs, who can earn millions, right down to the casual player who engages in the e-gaming equivalent of kicking a ball about the local park.

Although it takes place onscreen, enthusiasts like to gather in the same space to compete in person and spectate.

Sports Direct, which is run by founder Mike Ashley, has previously said it wanted to become the Selfridges of sports retailing.

Selfridges is know for offering “experiences” to shoppers as well as selling physical products.

Sports Direct, which has almost 500 stores in the UK, has not said how many of its stores will host the gaming outlets.

Broking firm Liberum, which is retained by Game Digital as its house broker, called the move “an exciting collaboration”.

“It provides significant support, strategically and financially, in order to accelerate the group’s transformation away from a pure retailer, exposed to the gaming console cycle, and further into the growth areas e-sports and events.”

Other investors agreed, marking Game’s shares up by 12% at one point, before slipping back to stand 9% higher in morning trade. Shares in Sports Direct were up 1%.

previous Most teens can't afford a virtual reality headset, so they're going to VR arcades instead
next Google Indie Games Contest