The best phones for gaming in 2018 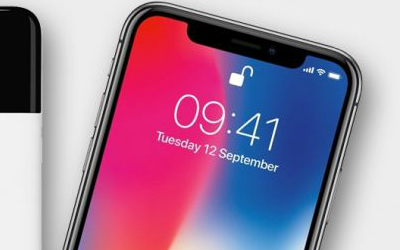 Whether you’re partial to iOS or Android, we’ve tested them all and rounded up the best phones for gaming this year.

It’s easy to think that just buying a new smartphone means you’re automatically getting the best phone for gaming this year. Although that’s definitely a good route to go down, sometimes it’s tough to narrow it down between all the good new phones out over the past 12 months. Whether you’re thinking Android or iOS, there’s quite a choice as to which one to settle for, especially when they really don’t tend to come cheap.

Before you start your research, we’ve tested the big name phones of 2017 and 2018 to make sure that they’re up to scratch. We’ve considered screen size and resolution, battery capacity, storage and general design, along with how it actually is to use as your all round smartphone choice.

We’re still testing several phones, but this is our ranking for the current best phones for gaming available right now. 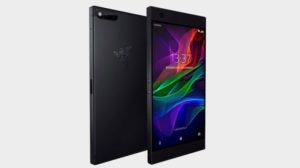 +The screen refresh rate is buttery smooth
+You’re never going to miss your phone ringing with the Dolby Atmos speakers
+The battery lasts all day
+Fast charging
–The camera isn’t quite up to the iPhone’s lofty standard
–Uses an adapter for 3.5mm headphones
In a world of ultra-fast smartphone processors and glossy screens, surely all modern phones are meant for gaming? This question meant that PC peripheral and laptop manufacturer Razer was initially met with derision upon announcing its gaming phone. Look harder though and all Razer has done with its sleekly brutalist design is focus on things that make sense for people who want to make sure they’re maximizing their entertainment prospects on the go. Screen, sound, power, and battery life have all been cranked up if you want to do more than check Facebook or WhatsApp. And it really works. Throw in individual settings for each game and you can tinker away with Razer configurations for days. The Nova Launcher Prime OS too is a brilliantly intuitive OS that even those jumping from Apple will be happy to customize.

First off though, that LED screen. A terrifyingly smooth 120Hz refresh rate makes everything from Twitter to Pokémon Go feel like interacting with your phone in a completely different way. You’ll also never forget that this is a phone for fun thanks to the dual Dolby Atmos speakers at the top and bottom of the screen. They might make this offering distinctly not waterproof but if you want to experience 5.1 audio from a phone, you’ve never heard anything quite like this and Netflix is automatically set up to make the most of the extra layer of aural delights. Finally, the camera isn’t quite up to iOS’ lofty standards but is still excellent for both selfies and all your Instagram needs. For the excellent price, this is an underdog to consider.Best for… Those who only have eyes for a 120Hz refresh rate

+That OLED screen is prettier than your highschool sweetheart
+iOS is still the easiest OS to use, with the best apps first
+The camera will make your selfies and sunset shots sing
–You’ll get the options, fonts and settings Apple want you to have, and nowt else

What makes iPhone X the best phone for gamers isn’t it’s Tate Modern worthy Portrait Mode or the Super Retina OLED screen, it’s the mighty power of our Apple overlords. Whatever you want to play – the latest Nintendo spin-off or that weird indie puzzle game – chances are it’s going to come to the App Store first, iOS optimized and checked for any nasty bugs or glitches. Hipsters might want you to believe that downloading some janky experimental game from Android is like finding a rare vinyl or going vegan, but one minute you think you’re downloading an unheard of game, the next your phone is riddled with electronic STDs. Gross.

No, you don’t get the freedom you get with an Android phone, but if I want to fiddle with screen refresh rates or I’ll play a game on my PC. If I want to burn my night with Animal Crossing: Pocket Camp or Threes or the latest Monument Valley it’s my iPhone X everytime. People can pack whatever power they want into a phone, but your favorite games are always, ALWAYS, going to be optimized for us iPhoners.

Away from gaming, when it comes to email and music and podcasts, I’m not a total Apple zombie. I’m Android curious and I’ve dipped a toe in the Pixel 2 pond, but for everything I loved about it (mainly those moving wallpapers and widgets) I missed the seamless Apple universe of iMessage and Facetime and yes, even those Animoji bastards.

Best for… The best iOS you can get

Getting a great phone nowadays is basically the same as treating yourself to an Xbox One X and a PS4 Pro in one fell swoop price-wise. But thankfully, if you don’t want to totally break your bank, the OnePlus 5T is an amazing flagship-rivalling phone that you can buy for $499/£449. Although the price is around half what you’ll pay for a new iPhone X or the Google Pixel 2, the performance doesn’t follow suit. The difference between the specs sheets is tiny, and although the screen doesn’t go higher than full 1080p HD, games still look amazing thanks to its AMOLED screen’s punchy, bright colours. If you slide it next to an iPhone X, you might notice the difference, but on its own it’s a stunner.

It helps that the screen is encased in a body that feels utterly premium, with its metal finish, buttonless screen, thin bezels and gently curving rear (oh hello). The latter really helps for playing awesome vertical games on the OnePlus 5T, as the phone nestles perfectly in your hand. Another boon for the 5T is the fact it’s one of the only top handsets still rocking a headphone jack, which is super useful for truly immersing yourself in mobile gaming without having to splash out on a wireless headset too – or having to remember that silly adaptor.

Battery life is great too, with the phone comfortably lasting a day and the Dash Charge feature giving you 60% battery on a 30 minute charge. It’s plenty powerful too, meaning you won’t be struggling to run any game that you choose to play, and what’s more the 5T is getting Android 8 Oreo sometime this quarter, making it even more on par with its rivals.

Best for… Anyone looking for a flagship phone on a budget

A serious alternative to Apple

The latest phone from Google will pretty much run your life for you if you let it. Need to get a bus, train, or flight somewhere? Just ask and it’ll tell you how long you have to lose yourself in a game before you’re forced to sit next to the person who’s decided to bring a three course lunch along on the journey. With their four children. FOUR.

When it comes to playing though you won’t find a better screen one the market. The OLED display makes even a simple match-three game look beautiful and if you’re playing something with a bit more atmosphere then it really shines. The battery life is superb too, as the Pixel 2 XL lasting up to 7 hours off a 15 minutes charge – ideal for all those long journeys – and the turbocharged Snapdragon processor means all your games load before you can think about checking Twitter again. The only tiny, and I mean tiny, downside is that is doesn’t have a dedicated 3.5mm jack for wired headphones. But it does come with a USB C to 3.5mm adapter, which goes a way to solving that problem. As I said, tiny. If I had the choice of a new phone again I’d still pick this every time.

Best for… Gaming on the go without battery worries

Apple’s iPhone 8 Plus does exactly what the name suggests. It takes everything you get with the iPhone 8 and enlarges it, giving you a iPad style experience in a device that still fits in one hand – even if it can occasionally look like a prop meant to make people look like they’re shrinking. Although it can take a little while to adjust to using a bigger handset, you quickly learn to take advantage of the bigger screen, and quickly forget that weenie little thing you used to peer at.

With the iPhone 8 Plus, you get the best of both worlds in terms of iPhone and iPad, with something that fits the role of a phone but gives you the benefits of a tablet for more stable gaming and a longer, more robust battery that won’t blow it’s charge after a couple of minutes of full 3D graphics. That means it’s fine for things like Threes or a bit of Candy Crush, but really steps up when you go to play something like Mini Metro or The Room series – games where smaller details need to be seen and more finger room is really needed. It is, basically, an iPad Mini-mini. Oh, and you’ve got one of the best smartphone cameras on the market.

Best for… When you want iPad gaming without the iPad