The creation of a new sport: Esports 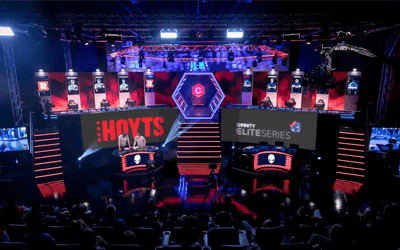 Americans are famous, or rather infamous, for our love of sports. This is an infatuation that we usually brandish as intrinsic to being American. Most would agree that there is nothing more American than baseball.

But with these sports on the decline, especially America’s most popular sport, football, one could ask what will take its place. Well, many Americans are familiar with video games, especially in the younger generations.

As it turns out, one of the fastest growing sports in America and even more so around the world are Esports, or competitive video gaming. Esports has been growing in the background for quite a few years now, but until recently it has been a relatively exclusive phenomenon isolated to a few games.

In 2016, the industry received a huge boost with a revitalized excitement in Esports from the gaming community with the 2016 release of Blizzard’s widely successful game Overwatch. Overwatch kind of streamlined the conventions of typical games that are played competitively, combining features of MOBAs (Massively Online Battle Arenas) and first-person shooters. The game also made these things more accessible with the massive backing of one of the biggest companies in gaming, Activision Blizzard. The game was able to become massively popular among casual and competitive circles.

Before Overwatch, the biggest competitive Esports were in MOBAs, the two most popular of which being Dota 2 and League of Legions. League of Legions alone had an average of 100 million users each month in 2017, with Dota trailing far behind with 13 million. These are substantial numbers being compared to roughly one-third of the U.S. population.

These games are team-oriented of usually about five players. So people started forming, naming, and even managing teams. Players pick their favorite teams and watch them perform online and cheer them on. They even have paid announcers just like regular sports games. It is something that has become a culture.

With this huge spike in this new industry, we are seeing teams being professionally worth money like NFL teams. Teams are beginning to operate as their own company like NFL team, buying and trading players to other teams to better fit their roster. Fans can even buy in-game items that are branded with their favorite teams.

Both Dota and League of Legions have an annual international tournament that pays well over $5 million to the winner, so these tournaments aren’t anything to scoff at. Major names in professional sports are also buying into this growing industry. Robert Kraft, the owner of the New England Patriots, recently bought an Overwatch team, along with basketball star Shaquille O’Neal buying his own team.

We have also seen Esports trickle down into the collegiate level. Colleges are tapping into the youth that attends them and creating a new age of college teams. At the forefront of this growing trend is Robert Morris University in Chicago, Illinois. They have an Esports team for League of Legends and Dota 2. They even invested in an Esports arena where the players can practice and play other teams online.

The following was taken from an interview I conducted with a player and longtime friend of mine, Alexander Wilford, on Robert Morris University’s Esports team about his experience being a collegiate level gamer.

Q: What experience have you been a collegiate level Esports player?

A: The biggest and most memorable experiences I’ve had are definitely the games and the pep rallies. It’s not so much about being about me, but it’s just the environment of being around other Esports players.

Q: So you guys come out for the pep rallies like any football team would?

A: Before the start of every season we go to the school’s pep rally about an hour out with all the other sports teams.

Q: Is it similar to being on a physical sports team?

A: The only thing I have to compare it to is high school football so it may not stack up, but basically replace every session of running and working out with a 7-hour session of sitting in front of a computer listening to a coach and applying what you have learned in game.

Q: What kind of scholarship do you get?

A: The scholarship situation is still kind of rocky. There are still people joining for the scholarships. Requirements are still all over the place, but in general, for any game you play you’ll find two levels of scholarships – one around 30 percent and one around 70 percent, depending on how much they value you as a player.

As you can see, the experience is almost completely the same as having a physical sports team to cheer on. As of now, there are very few universities that have these teams. Instead of being scouted by universities, people who are interested in these kinds of things should seek out these universities. You can potentially receive up to 70 percent off of your tuition, which isn’t far from a full ride.

The industry as a whole has become a multi-million dollar per year industry and it is growing every day. People make entire careers out of this and make a sizable amount of money, especially if they win. This is something that I look forward to seeing grow in the future and has been really something to bring the gaming community together both online and in the real world.