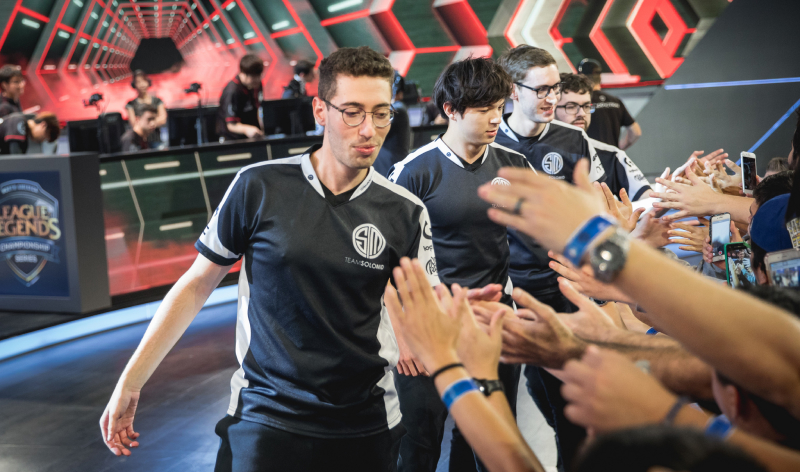 Every week, TEO releases a list of the top 10 Twitch

At time of publication, The International (Dota 2’s

de facto world championship) has only just run its first few matches. Few esports tournaments are likely to steal the spotlight from Valve’s multiplayer online battle arena (MOBA)’s once it gets truly rolling, but even before the tournament started, there was considerable a lack of major events vying for audience attention.

The most significant competition, at least in terms of Twitch viewership, was the League of Legends

Championship Series, in both North America and Europe. A rival MOBA, the game’s  penultimate week of the regular season has just wrapped up, and thus viewership was only a modicum 0.2M total hours watched more than the week before. Viewership for the competition peaked at 153K during Sunday’s NA LCS match up between Team Liquid

, the highest maximum concurrent viewership (max CCV) for any NA LCS match since the first week of the Summer Split.

The total hours watched for the League of Legends Champions Korea (LCK) competition on both Korean and English language channels was considerably less than prior weeks. The simple explanation for this is there were fewer matches played overall (six, compared to ten the week before).

Reaching its highest position yet in our Top 10, the official Fortnite

esports channel introduced another format addition to its Summer Skirmish series last week. Labelled “Kingpin,” this time the team with the most points at the end of eight matches wins—with points awarded for eliminations and overall victories. Not only was the format change positively received by the community, the channel reached its highest total hours watched for a single broadcast since the series began on July 14.

While the viewership of the tournament hit 193.3K, peak viewership was not the all-time highest for the channel, it was higher than any other Twitch channel last week, streamer or otherwise.

Evo, the largest fighting game event of the year, is behind us now, but there’s plenty on the horizon for Super Smash Bros.

platform fighter was the center of “Super Smash Con”, a fan event that combines esports competitions with special live stage showcases (such as combo challenges and an award ceremony). The VGBootcamp channel, which broadcast the competitions, did considerably well for a relatively low-key event, accruing over half a million total hours watched and an average concurrent viewership of 57.2K across the week.

The data in this article was collected from TEO Audience Insights. You can learn more about the platform and discover more streaming stats yourself by clicking here.