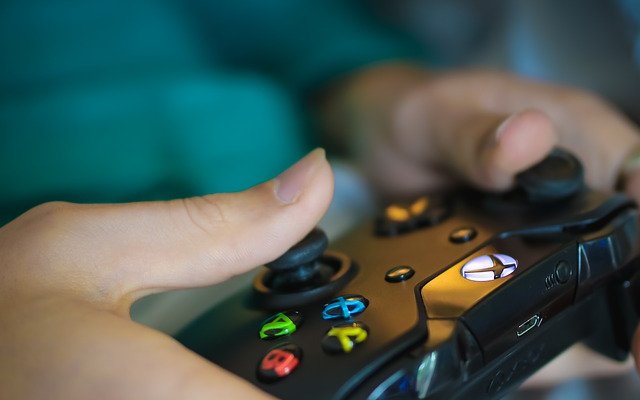 Some U.S. experts said it will make little difference when it comes to helping people with the disorder, at least in the United States, but others said it would give legitimacy to a disorder that some people are reluctant to recognize.

The WHO added both online and offline gaming disorder to its latest draft of the International Classification of Diseases manual, called ICD-11.

This isn’t about kids spending a few hours in the basement playing “Fortnite” or “Call of Duty.” As with any medical disorder, the person affected must be seriously impaired.

“Gaming disorder is characterized by a pattern of persistent or recurrent gaming behavior (‘digital gaming’ or ‘video gaming’), which may be online or offline,” the manual says.

The symptoms listed by WHO echo symptoms for other addictive or compulsive disorders. They include: a lack of control over gaming; giving gaming precedence over other life interests and daily activities; and continuation or escalation of gaming despite negative consequences.

“The behavior pattern is of sufficient severity to result in significant impairment in personal, family, social, educational, occupational or other important areas of functioning,” WHO said.

“Having recognition from the WHO is significant,” said Dr. Petros Levounis, chair of psychiatry at the New Jersey Medical School at Rutgers University.

WHO’s ICD-11 is used widely outside the United States for classifying all disease. In the U.S., the American Psychiatric Association’s Diagnostic and Statistical Manual of Mental Disorders (DSM) is used to define mental illness. It mentions gaming disorder in its latest edition (DSM-5) but says more research is needed before listing it as a separate disorder.

“The ‘gamers’ play compulsively, to the exclusion of other interests, and their persistent and recurrent online activity results in clinically significant impairment or distress. People with this condition endanger their academic or job functioning because of the amount of time they spend playing,” it says.

Douglas Gentile of Iowa State University has done some of the influential research into the possibility of gaming addiction.

“I and many others had assumed that the gaming is not really a problem but is a symptom of other problems,” he told NBC News. Many thought it was somehow a failure of morals or self-control.

To see if it was, Gentile’s team followed children who played games for several years.

When kids were able to back off from obsessive gaming, their symptoms reversed, he said.

Gentile thinks medical organizations, health insurers and others should pay attention to the WHO designation.

“This is a major scientific and medical organization. They don’t do things lightly and without reason.”

The American Psychological Association has long fought to get the WHO’s ICD used over the DSM when determining health insurance coverage.

“They basically were saying that any behavior can be addictive,” Levounis said. “This whole mayhem set us back maybe 20-30 years. Now there is renewed interest and excitement.”

WHY DOES IT EVEN MATTER?

In the U.S., it’s important for one major reason: Health insurance won’t pay for treating someone for a disorder that doesn’t exist.

“That’s where the rubber meets the road,” said Keith Whyte, executive director of the National Council on Problem Gambling.

And even if there is a designation, it can be difficult to find treatment and to get insurance companies to pay for it.

“Gambling addiction has been in the DSM since 1980 and we still struggle to get routine reimbursement,” Whyte said.

For one thing, health insurance companies don’t have to cover mental and behavioral disorders.

“This is something the Affordable Care Act was going to address but it’s still [regulated] at a state-by-state level,” Whyte said.

“What we have found is that when you are dealing with insurance companies, it depends on what state you are in and who your therapist is.”

And that presumes people even recognize that they have a problem, Whyte added.

Just as with gamblers, gamers may think they are “professionals.” That makes a gambling or gaming disorder different from a substance abuse disorder.

‘ADDICTION IS NOT ABOUT WINNING’

In the end, however, winning is not the goal. Someone who gambles once or twice for fun will buy an island if they win a big jackpot. A gambling addict, Whyte said, puts it right back into the game.

The Entertainment Software Association has fought against any classification of gaming addiction.

“It is extremely important to note that the proposed draft circulating is not final and it is still under discussion and review,” the organization said in a statement. It claimed that there is debate in the medical community about the designation.

“IGDA supports responsible gaming, and we believe the WHO has done a tremendous disservice to our players, creators, and all forms of media by creating a ‘gaming disorder’ as a disease,” she said.

Gentile said researchers do not necessarily believe that games themselves are somehow harmful.

“The majority of people don’t have a severe problem with it,” he said.

But Gentile said his research shows that some children do indeed become addicted and he estimated that anywhere between 1 percent and 10 percent of kids who play games develop a disorder.

“That’s over 3 million children making serious damage to their lives because of the way in which they are gaming,” he said.

“Until this issue gets recognized by the medical community as a legitimate problem, it will be really hard for them to get any help.”

previous Super Smash Bros. Ultimate is Nintendo's biggest push into esports
next Beyond Trivia: The Arcade Action Game Show for Cash is Here