Breaking down the NA vs EU Matchup – Sentinels vs FNATIC 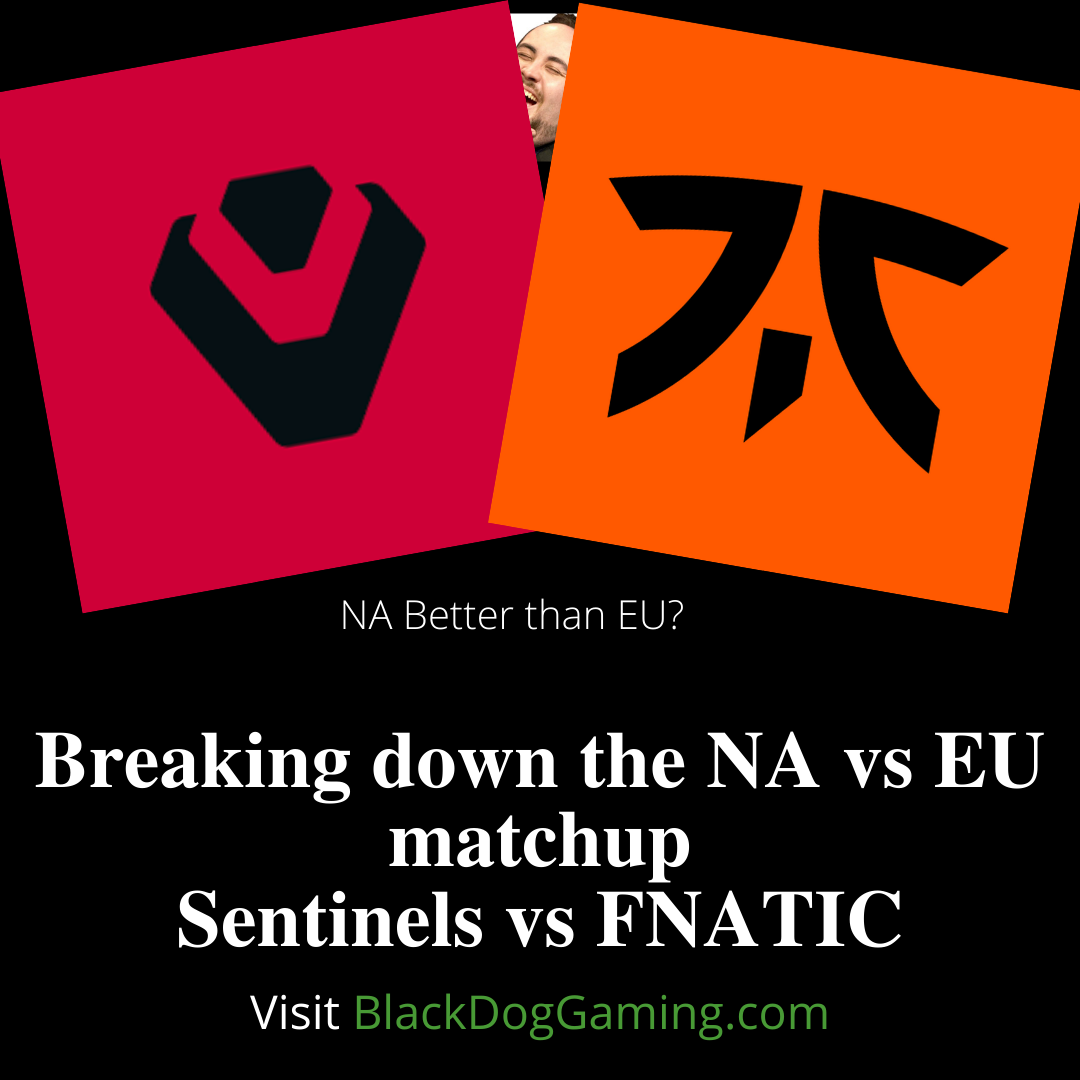 The second Masters event of the Valorant Champions Tour 2021 is here! There is no shortage of exhilarating matches from the best teams in the world! Twitch chat toxicity has returned for the national competitions and trash talk is at an all-time high! The key matchups of May 25th are America vs Europe. Version1 vs Team Liquid and Sentinels vs FNATIC, the memes and trash talk is incredible and thoroughly entertaining!

While Version1 had an incredible showing against Team Liquid and started the NA superiority chants, we here at Black Dog Gaming were excited to see the Sentinels game the most with all of the hype surrounding TenZ and the Sentinels roster! We analyzed each round and are looking at the important moments and various events that lead to the 2-0 victory by Sentinels.

The “FNATIC Curse” followed them once again in this matchup losing the opening pistol round but they were quick to answer back with a force buy round 2 to reset the economy of the match. In the 5th round, ‘Mistic’ missed both of his post-plant lineups with Vipers snakebites. He immediately redeemed himself by collecting an Ace in the next round with his Viper ult and some solid vandal aim. The first half was neck and neck trading rounds back and forth to end the half with a  6-6 split.

On defense, FNATIC wins their gunfights on the pistol round but loses the round still due to the short timer on the bomb and cannot defuse. After that pistol round, Sentinels started to build momentum through their offensive play. A lot of spray kills occurred in this match through the viper walls and smoke. In the ninth round, FNATIC ‘Doma’ walks through the Viper wall with the bomb in his hands and is caught with his pants down by Sentinels. ‘Doma’ had an unfortunate game where he died several times without a gun in his hand or just bad timing. While Sentinels was forcing their momentum, FNATIC was no slouch and fought tooth and nail but could not pull it out in the end with a 13-11 victory for Sentinels!

The curse rears its head again leading to another round one pistol loss but they again answer back immediately in round two. Much like last games, it is a very close game round being exchanged regularly. ‘TenZ’ begins to pick up his normal confident play once again on Jett compared to his Reyna on the previous map. With ‘TenZ’ momentum building the chat was filled with “Jett diff ” through and through as Derke did very well but simply cannot keep up with the Jett play. Just before the end of the half, in round eleven ‘TenZ’ gets cheeky with a very aggressive A Long push to sit in the corner and catch a pick.

At the start of the second half, there are frenzies galore across both teams but ‘Mistic’ is in a very tense clutch moment and seeks the defuse but has ‘Zombs’ on the plant protection but cannot complete the task with a classic. Sentinels continue to work on the post-plant defense from C long alive during this half. While Sentinels seemed to be in control of the game FNATIC still had energy and fought them down to the wire but could not close it out. The real dagger to kill the morale of Fanatic was in round 22 where ‘dapr’ had an amazing 4k with extreme headshot accuracy and insane flicks. The final round of the game started rather slowly with a 1 for 1 trade but it was a solid round from Sentinels to secure the game and move on further in the winner’s bracket. 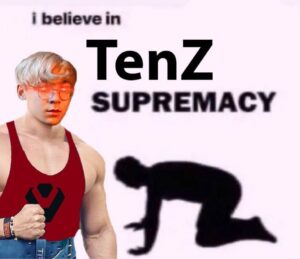 Honestly, NA as a whole is looking incredible despite, Version1 getting knocked out by FNATIC in the lower bracket earlier today. Sentinels are going even harder as we just witnessed the 2-0 victory over NUTURN Gaming from Korea stamping their ticket for the Grand Finals. They are truly looking like the team to beat, and this is a weird feeling as a NA fan as we are usually the but end of all jokes about international competition, especially in League of Legends. I am excited to watch the rest of the games and see the tournament pans out!