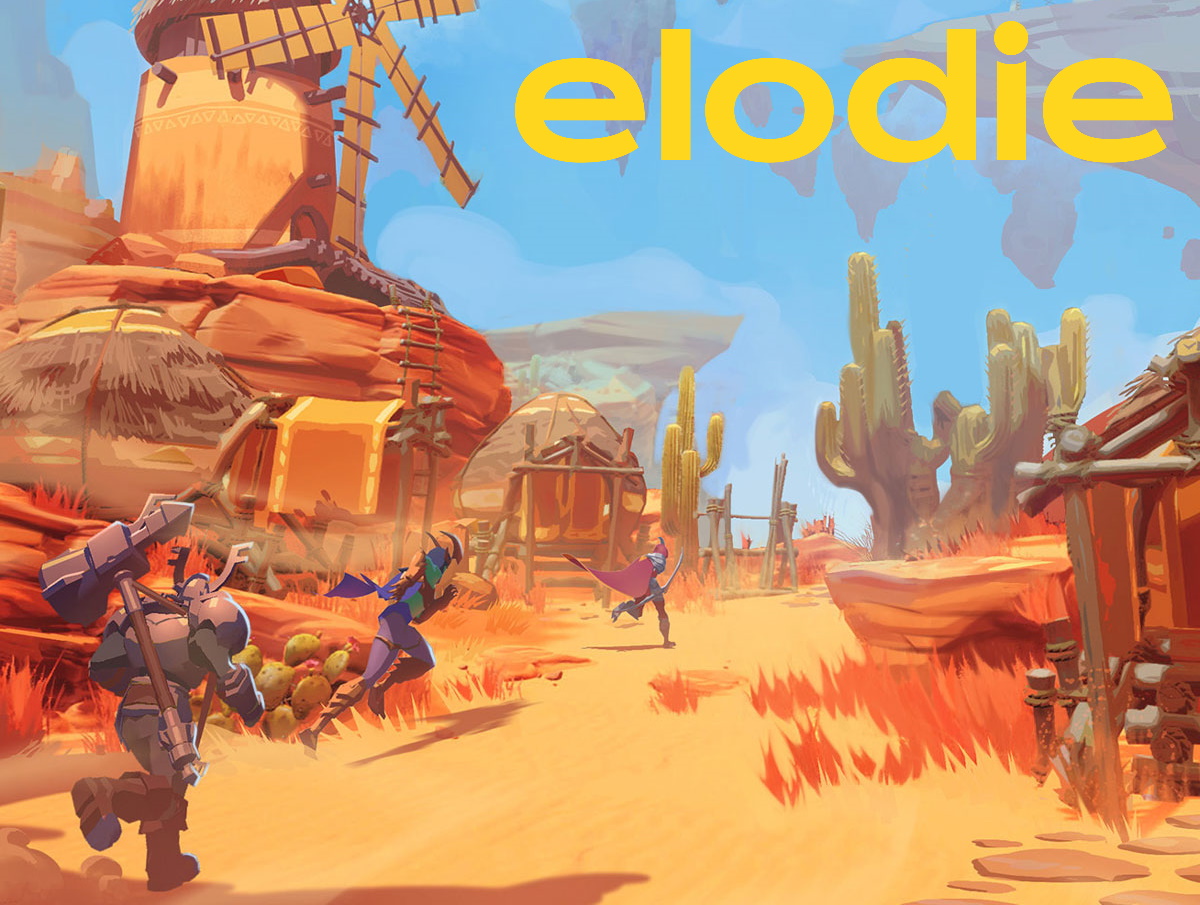 During the darkest hours of the pandemic, millions upon millions of people turned to online gaming as a way to pass time in lockdown and connect with friends they couldn’t see in person. But a social, cooperative, fun, and cross-platform gaming experience is remarkably hard to find — and Elodie Games is here to change that.

Elodie’s co-founders, Christina Norman and David Banks are gaming industry vets who both worked on global hit League of Legends at Riot Games. The pair — also partners — left in 2019 to form their own company, announcing their intention in 2020 to build games focusing on co-op, cross-play, and “endlessly engaging experiences,” which suggests more open-ended, sandbox play.

The team already numbers 30 (and they’re hiring), and the game they’re working on is still something of a mystery; the images on its site are just general ideas, nothing from development. But what they showed behind closed doors was clearly enough to secure a $32.5 million Series A from Galaxy Interactive and a16z, with Brian Cho of Patron and Chris Ovitz from Electric Ant participating as well. The company last raised $5 million in 2020 to get the ball rolling, and clearly, they’ve put that money to good use.

Norman explained that the main idea is to remove the barriers many gamers have come to accept as inevitable.

“At the simplest level, we’re designing our game so players have these great experiences more easily, and more frequently,” she told TechCrunch. “This starts with removing the friction that stops you from playing with friends in the first place. Most social multiplayer gamers are segmented by platform, time investment, purchases, or skill in a way that limits who you can play with, and how you can play with them. While there are examples of how to overcome these limitations individually (Among Us is doing some great stuff for example) progress overall here has been slow and we are excited to speed it up.”

Certainly, I can speak personally to even the slightest amount of friction stopping a nascent play session in its tracks as one person had to update their app or OS, or another couldn’t get the lobby to load, an Android-iOS conflict emerged, and so on. We ended up playing the rather poor games built into video chat apps simply because they worked every time. Even then it depended on the feel of the gathering and being able to decide collectively what sounds like fun is another aspect of the Elodie ambition.

Making a game cross-platform isn’t as difficult as it used to be, thanks to shared architectures like Unreal and Unity, but it’s still no cakewalk.

“Of course, modern engine tech helps immensely with making cross-play possible, but it doesn’t make it fun. Traditional approaches to cross-platform development are slow, expensive and repetitive,” said Banks. “That’s why we are building Elodie’s development practices to achieve exceptional cross-play and focusing on what we call the true cross-play experience from day one.”

“True” cross-play, one presumes, is a step above the elementary “Xbox players can play with PC players,” to the point where the game is actually equally desirable to play on either platform. Whether that can really be achieved is a matter of debate, but the proof of the pudding is in the taste, so we’ll find out when Elodie puts its game out into the wild.

PrevPreviousNEX Raises $25M, Launches Active Arcade to Get People Moving
NextGamestry gets $5M to give game-video creators a sweeter dealNext