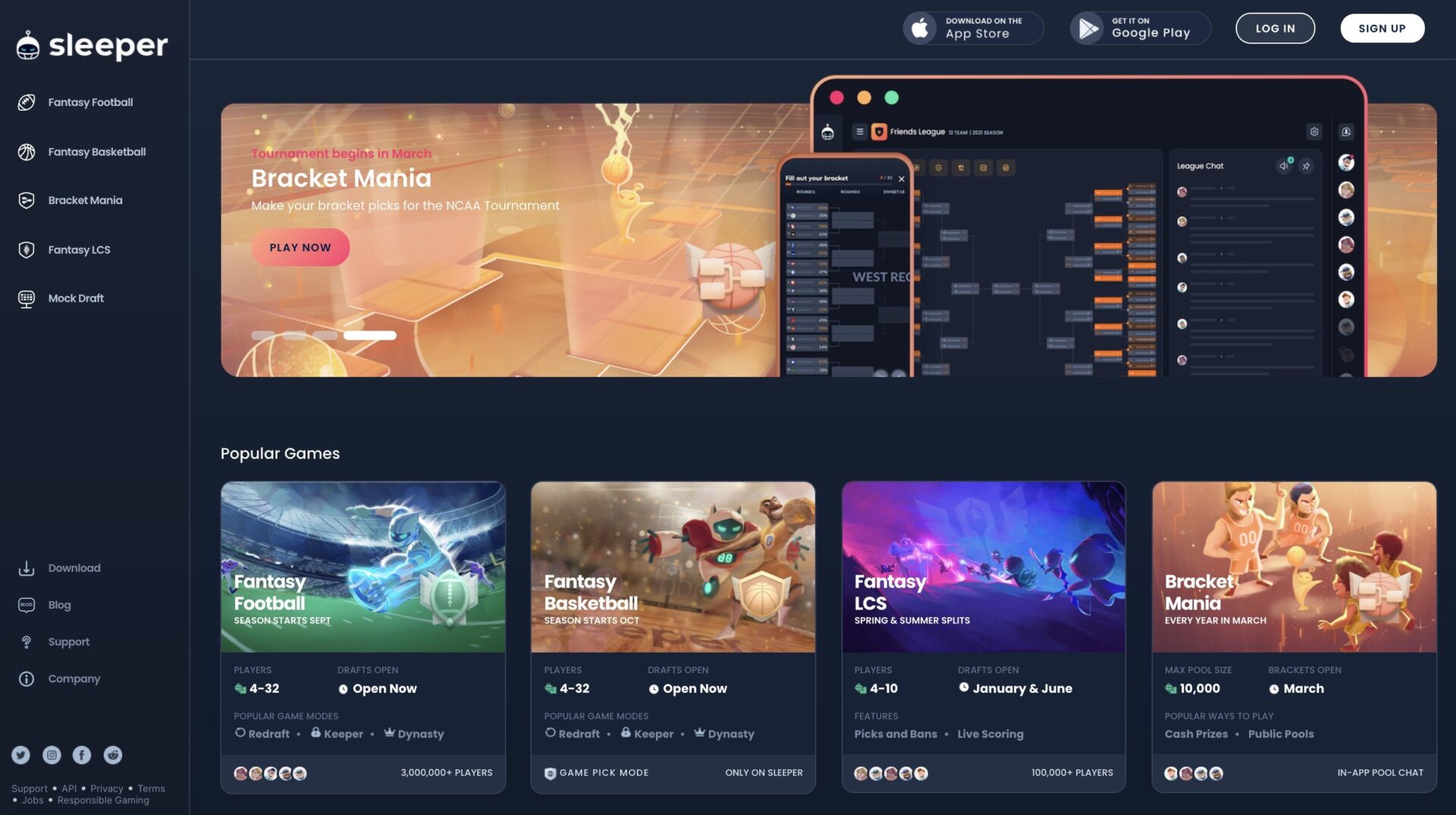 SAN FRANCISCO, Sept. 16, 2021 /PRNewswire/ — Sleeper, the fastest organically growing fantasy sports company in the United States, today announced a $40MM Series C fundraising round. This most recent round of funding is led by venture capital firm Andreessen Horowitz, who was also the lead investor in Sleeper’s Series B round.

Sleeper has taken the fantasy sports world by storm since launching fantasy leagues in 2018. In 2021, not only has the company more than doubled its user base, exceeding 3 million active users, it now also boasts a top-50 user retention ranking in the app store. According to Sleeper CEO, Nan Wang, when people enter Sleeper’s fantasy sports world, they stay, and they engage.

“Our mission from day one has been to bring people together through sports and that’s what we’re seeing happening inside of our app. Typically, when a product doubles its user base, engagement goes down. That hasn’t been the case for Sleeper. As we’ve exceeded our own growth expectations this year, our engagement has gone up. Sleeper is more than a fantasy sports app, it’s a place to hang out with your friends, and it’s for that reason that our users stay active and keep coming back.”

“Sleeper’s multiplayer experience is all about helping sports fans connect with their friends, leading to strong engagement, retention, and organic growth–similar to what we can see on social apps,” said Andrew Chen, general partner at Andreessen Horowitz and Sleeper board member. “I’m thrilled my partners leading the a16z growth fund wanted to invest further as the Sleeper team builds the go-to sporting community.”

In terms of what’s next, Sleeper will continue to expand the game offerings on its platform and is in the process of building a new feature called Wallet that will enable users to sync their preferred payment methods to the platform. According to Wang, all Sleeper users currently transact with each other in one way or another off-platform, and Wallet will bring all sports-related transactions on-platform, enabling Sleeper to monetize in a natural way.

“Very few social apps can integrate user wallets directly, but by helping to solve a natural pain point, we can also introduce payments onto the platform in a way that further extends our ability to create exciting new experiences for the next generation of fans.”

Sleeper is a fantasy sports app focused on bringing people together through sports and gaming. With fantasy leagues covering the NFL, NBA, college basketball, and League of Legends, Sleeper has become the fastest organically growing fantasy platform in the world, while earning some of the highest levels of engagement per user in the industry. At Sleeper, it’s not just about sports; it’s about building personal connections and lasting memories.