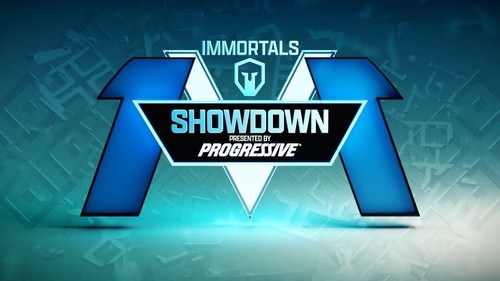 LOS ANGELES, Sept. 13, 2021 /PRNewswire/ — Through their ongoing relationship, Immortals esports organization and Progressive Insurance are reinvigorating a League of Legends classic, the 1-versus-1 showmatch, and turning it up to 11. Running September 20 – September 21, the two-day Immortals 1v1 Showdown Presented by Progressive brings top Champions to the Rift to benefit AbleGamers, a non-profit organization dedicated to improving accessibility in the video game space.

“Progressive shares our desire to engage with esports fans in fun and exciting ways,” said Jordan Sherman, President and CCO at Immortals. “We’re thrilled to deliver on this mutual ambition with the Immortals 1v1 Showdown Presented by Progressive.”

The winner of the tournament will have $10,000 (USD) donated to the charity, and bragging rights as the first-ever champion of the Immortals 1v1 Showdown Presented by Progressive.

“Historically, the 1v1 format has been a community favorite with both grassroots and professional League of Legends events,” continues Sherman. “We see this as an opportunity to entertain fans in between the end of the LCS season and start of Worlds by celebrating top talent in the League of Legends scene, all in the name of AbleGamers.”

Fans can take in all the action on Immortals Twitch channel.

Progressive Insurance first collaborated with Immortals in January 2021, the first foray into esports for the insurance giant. Through a novel concept, the creation of a satirical “faux” esports team named “Progressive Gaming,” Immortals and Progressive have produced an array of content, including an original scripted series, to reach new audiences.

Further details will continue to be announced as the tournament approaches. Keep an eye on Immortals social channels for more information.

About Immortals Founded in 2015, Immortals is a US-based esports and gaming organization that competes across multiple premier esports titles, including League of Legends (LCS), VALORANT, Overwatch, and Wild Rift. Through its competitive operations as well as community-driven activations and initiatives, tournaments, partnerships, and more, Immortals is dedicated to using gaming as a connective force linking its players, staff, and the broader gaming community.