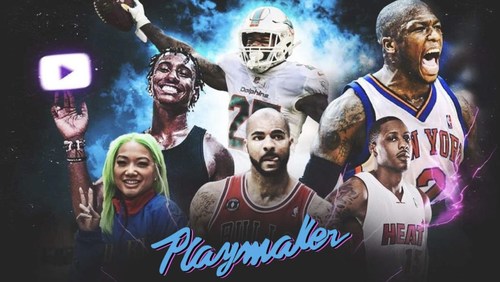 “We’re thrilled to have Phil join us as an investor and are looking forward to creating several series and programs around him and his brand which helps Playmaker continue to bring a unique spin to the sports betting category for our 20 million+ followers,” said David Woodley, CCO at Playmaker.

“I am truly excited to join Playmaker as an investor, an advisor, and as a content creator. I have agreed to shoot two weekly shows: “The Good, The Bad, and the Hellmuth NFL Picks” and an “NFL Bad Beat” show,” said Phil Hellmuth.

The weekly shows include ‘The Good, The Bad, The Hellmuth’ where Phil Hellmuth will be making his NFL picks with special guests and fans can look forward to bad luck stories in sports betting on the “NFL Bad Beat”. The sports brand plans to develop video content, podcasting, streaming, events & merchandise with Hellmuth in the future as well. Hellmuth joins fellow poker player, Jeff Gross, as Playmaker’s latest high-profile investor.

About PlaymakerPlaymaker is a sports-focused media and management company with over 10 million followers on social media, shows on Snapchat Discover, and more than 50 athletes & creators under management. Playmaker is focused on the come-ups & comebacks, helping athletes & artists share and monetize their stories at scale through shows, brand partnerships, merchandise, and more.