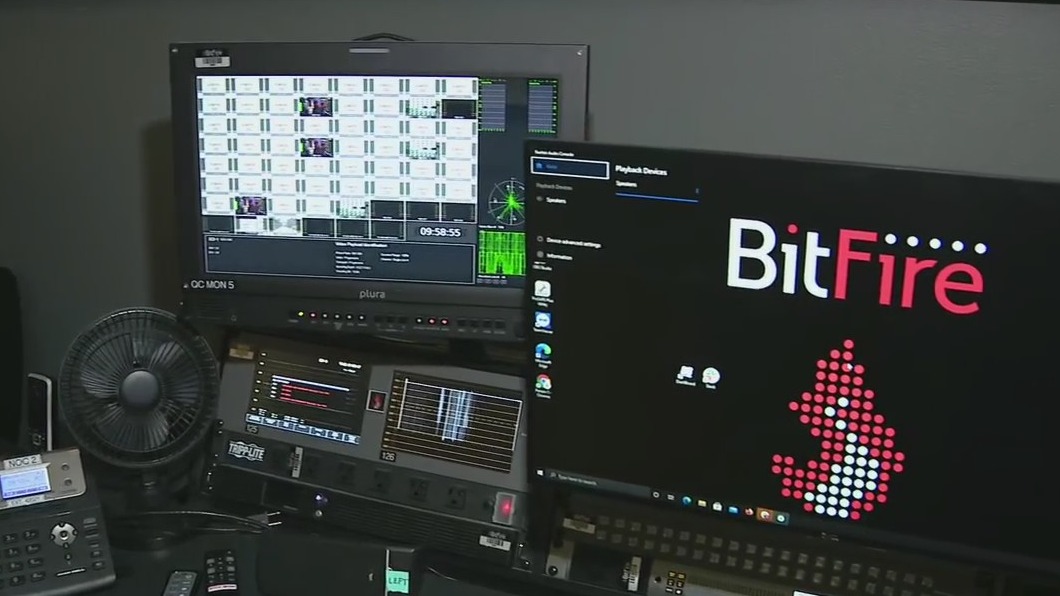 PHOENIX, Oct. 11, 2021 /PRNewswire/ — A broadcast production studio, unlike any other in North America, celebrates its grand opening on October 12, 2021, as the demand for original programming and content skyrockets.

What sets BitFire Studios apart from the competition? Our technology, pioneering broadcast transmission capabilities and industry veteran team are just the start.

The broadcast production facility in North Phoenix boasts 16,000 sq ft of production space, two separate sound stages, adjoining control rooms that allow for several productions to take place simultaneously and LED walls that create real-time, reactive environments that perfectly sync with the camera for a seamless and fully immersive filming experience. The cutting-edge technology highlights the use of Augmented Reality (AR), Virtual Reality (VR), and Mixed Reality (MR) emphasizing the use of computer-generated content and creating, intricate new worlds as was seen on Disney’s ‘The Mandalorian.’

These ultra-high resolution LED screens and floors wrap around the sets, enveloping hosts in any location imaginable. Expensive location shoots can now be flawlessly created in studio with the perfect lighting.

“This groundbreaking technology is not found anywhere in the state of Arizona, as these LED walls and floors have become the gold standard for production facilities,” said Bob Sullivan, President & CEO of BitFire Networks + Studios.

“The mission of the Solid Rock Teen Centers fit perfectly with the work we do here at BitFire Studios,” added Sullivan. “Our partnership will allow youth access to our studios and the opportunity for us to mentor and augment their video production and broadcasting skills. It’s important for us to give back to the community and this opportunity is a perfect fit.”

“BitFire Studios offers passion, innovation and encouragement to the youth at our teen centers in Phoenix and Mesa,” said Randy Spencer, Development Director at Alice Cooper’s Solid Rock Teen Centers. “We are grateful that youth at our teen centers get to learn from some of the entertainment industries brightest minds. We are excited to see great things from this partnership.”

The grand opening comes at a time when the need for original programming and content is greater than ever. In a recent study by Cisco and reported by Forbes, by next year 82% of all created content will be video and the average U.S. family now pays for four different streaming video subscriptions. BitFire Studios is a place content creators can generate new material at a time when the pandemic has accelerated an already ravenous appetite for video.

The studio is also home to BitFire Networks, a proprietary transmission network designed to take your broadcast quality video to wherever it needs to go, securely, reliably, over the internet and all under one roof. This unique, one-of-a-kind technology is changing the face of traditional broadcasting. In just one year of operation, BitFire Networks has amassed a stable of blue-chip partners and clients, including the NFL, NHL, MLB & CBS Sports. From the Emmys to the Oscars to the NHL Draft, BitFire played an integral role in these world-class productions.

BitFire Studios will also be the new home for Do Not Peek Entertainment, a full-service gaming and esports production company. Led by industry veterans Jason Baker and Scott Smith, Do Not Peek (DNP) creates original content focused on gaming and esports and provides full live and post-production services to game publishers/developers, tournament organizers, esports teams, media outlets and advertisers. DNP has a slate of original programming on Twitch.tv and YouTube, which currently includes VALORANTING, a weekly news show covering the hottest new esport VALORANT and The Breakdown, a weekly news show covering the culture and business of gaming and esports.

“We are thrilled to be embedded and partnered with BitFire Studios, with the official launch representing a landmark event in the history of Do Not Peek,” said Scott Smith, Managing Director of DNP. “With world class transmission services, complimented by a new state-of-the-art production facility, we believe the caliber of services we can now offer the gaming and esports community puts us among the class of AAA production studios globally. We can’t wait to share the new tech and limitless creative potential of our new home.”

The Phoenix offices of Bandit Productions will also be housed at BitFire Studios.  Bandit is an original program content development and production company with offices in Los Angeles and represented by the A3 Artists Agency. As head of development, Lisa Knapp brings exceptional content to the marketplace. She has developed critically acclaimed projects for Vh1, Bravo, Spike, Own, Style, History, A&E and Trutv.

A powerhouse group of TV industry leaders is one of the strongest differentiators of our talent in the market, led by broadcast veteran Bob Sullivan. Sullivan has made an extraordinary impact on all aspects of the business in his more than four decades in the industry. As a recognized leader, Sullivan’s roles have included SVP of Programming for TEGNA Media, overseeing new program development, market research, strategic planning, syndication acquisitions and business development. He created and successfully launched four nationally syndicated programs including Daily Blast Live, the talk show TD Jakes, Right This Minute and The List. His roles have also included VP of Television, Gannett Broadcasting, President and General Manager, W*USA TV in Washington, D.C., Station Manager, KPNX-TV Phoenix, VP of Content & Programming, KNXV-TV Phoenix and President of the Arizona Super Bowl Host Committee for Super Bowl XLII played in February 2008 in Glendale, Az.

BitFire’s full production team of engineers, studio executives, photographers and editors are all top in their class, winning numerous Emmy Awards and other prestigious recognitions for their work in managing major events like the Super Bowl, Miss Universe, Oscars and Grammy’s.

Experience the future today, at BitFire Studios. The possibilities are endless. (https://bitfire.studio)