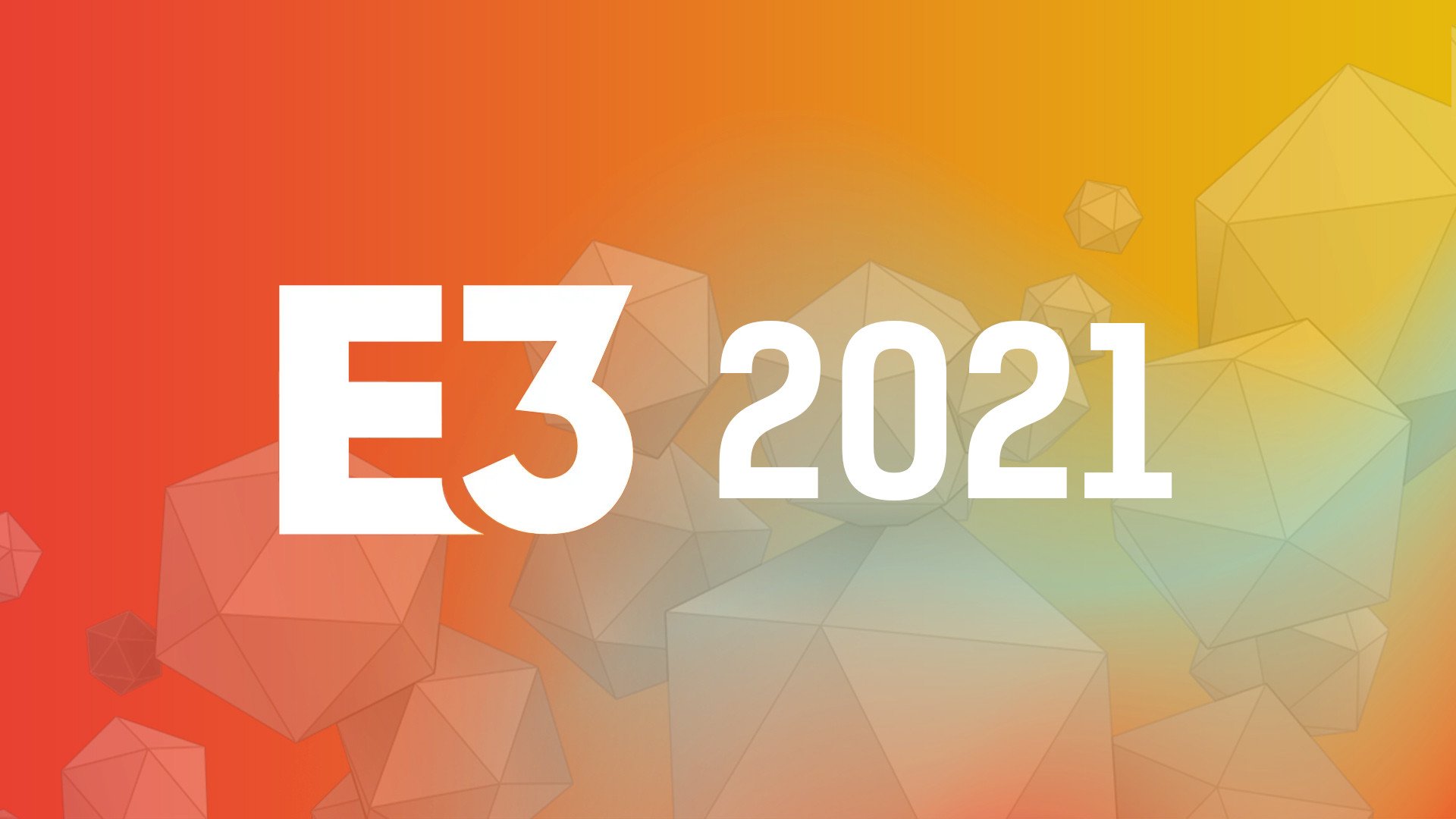 Now that we have had time to settle our hype and truly digest what we witnessed at E3 last week. We wanted to discuss who the winners and losers of E3 were! All gaming media platforms have questioned their following to find out what was the best showcase as well as the game that has the most interest going forward. I am gonna give a brief recap of all the main shows and talk about what I am thinking of seeing in the next year of games.

As a preface, I have been very bored with games lately. Now that I have graduated college and spend the majority of time working and with my girlfriend, I am sparingly getting some Valorant time which doesn’t allow me to climb ranks very much. But after this E3, I am gonna have to schedule some game time for the new releases! The main concern on my end is the lack of a next-gen console in my hands. I am mainly a PC gamer and have a Nintendo Switch and a PS4 Pro, I simply cannot warrant the purchase of a new console due to my current circumstances of life.

Gearbox covered only a handful of things in their showcase. This consisted of Tiny Tina’s Wonderlands which is a looter shooter game that is separate from the Borderlands universe but in context and style will relate very closely to Tiny Tina’s Assault on Dragon Keep. They showcased a little more about the Borderlands movie and released silhouette photos of the actors in their costumes but nothing concrete. We got a new expansion for Godfall that looks so cool in weapons and aesthetics, but the gameplay loop has not changed enough to interest me. Tribes of Midgaard looks very interesting but the release/launch timing is unfortunate as it looks like Gearbox copied Valheims’s homework but changed it just enough to not get caught by the teacher, but got caught. There is nothing wrong with that, just unfortunate for the release and my personal opinion. Last and not least we received an announcement of Homeworld 3 which is an RTS sequel to the series that has been around since 1999. 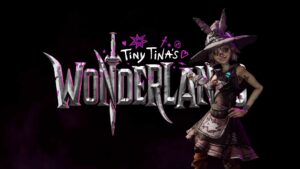 At first, I was very harsh on the Ubisoft showcase, but after looking at it again, it was not that bad. It simply covers a lot of games that I simply have no interest in! I was excited to hear more about Rainbow 6 Extraction, and I simply don’t find it that riveting. Personally, the gameplay loop from what we have seen reminds me of a looter shooter, but it doesn’t give loot. The likelihood of me picking it up depends on the price tag of the game. The only other games that caught my eyes were more information on Far Cry 6 and the cool post-launch plans, as well as Avatar: Frontiers of Pandora. The Avatar game has been mentioned in the wind several times but now we finally are getting something 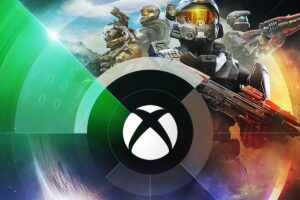 As many people would rank it, the Xbox/Bethesda conference was the winner of the show. The only potential rival was Nintendo’s showcase on the 15th. Opening the show with Starfield was a great gesture for those that were most interested in seeing more about that game exclusively. I do not care too much about that game in specifics as I am more interested in many of the other titles that they showed. Stalker 2 was exciting to see because I only briefly played a little of the other titles for that series and liked the concept, but was disinterested as the games showed their age playing them in 2020. I love the Back 4 Blood information because the Left 4 Dead series was most likely the most formative game other than Skyrim when I was in middle school!

Sea of Thieves a Pirates Life comes at a great time but also a poor time as my group has just gotten over our Sea of Thieves kick and I have already uninstalled the game. The other game is Battlefield 2042, which in my opinion is what I am most excited about. Not because it is a game of the year candidate but rather I am stoked to get back into the battlefield on that massive scale. Halo Infinite Multiplayer reveal was incredible as I am excited to return to the universe all the while convincing my friends to play the Multiplayer with me because if it is free, then they can’t say no. Forza Horizon 5 is gonna be interesting as my friends and I are big car enthusiasts and cannot wait to get our hands on that. Redfall looks incredibly interesting, in the cutscene/cinematic the concept was great but I want to see some gameplay! The announcement of The Outer Worlds 2 was a very clever usage of comedy and self-realization in a showcase that was all serious. It was a clever move as it is likely fitting that they do not have any gameplay ready as they mentioned in the trailer itself.

I have never been a fan of the smaller games that get announced, call me a “normie”. Contraband and The Ascent look interesting but nothing too special and my group that plays games together normally sticks to a limited pool of stuff, and those do not fit the dynamic. Psychonauts 2 is not a small franchise but I have never known someone that plays it nor played it myself. I feel like Twelve Minutes has been announced and expected for a long time, but I may be misremembering things. Diablo 2 seemed interesting but it depends on the price tag for me because I would simply rather wait for Diablo 4 (I have not truly played any Diablo game before, but I intend to play 4). Slime Rancher 2 is no small announcement as people seemingly loved the first one but I never played it. Shredders, Atomic Heart, Replaced, and Age of Empires IV have zero interest from me personally so I cannot give true commentary on them.

The Square Enix show as a whole was a rather big dud for me. Not necessarily because any of the announcements were bad but because I simply do not care, or that I am very cautious stepping into these announcements. Namely, Guardians of the Galaxy. It looks incredible and very interesting, but…. After the big flat flop of the Avengers game, I am very doubtful. Although they are not pursuing the same concept at all. Speaking of the Avengers game, the Black Panther expansion intrigues me as a Marvel fan but not enough to truly get me into the game. If I am ever to make my trip to Avengers, it will be a case of a horrible launch and a slow build back to a truly successful game.

This was another dud in my honest opinion. Dying Light 2 was bright and it only continued to fizzle out after that. Dodgeball Academia seemed to be a delight to twitch chat, it piqued my interest but likely not something I will be playing.

This day was a step away from the game reveals and a heavy focus on the industry as a whole and a little helping of advertising. Intellivision had a showcase of the Amico console which we covered in an article with Tommy Tallarico the CEO of Intellivision (you can see that here). Razer unveiled their newest laptop, Indie developers got a shot at the big stage, although viewers online were not too stoked as they wanted to see the big names and big stage of games! 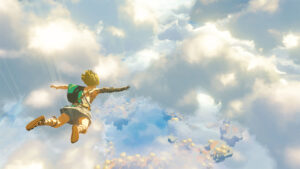 The Nintendo showcase as a whole was pretty “ok”. Although they ended it with a huge bang! Kazuya from Street Fighter is making a transfer into Super Smash Brothers. With a classic fake-out that Nintendo loves to do. The Guardians of the Galaxy game will launch on Switch as well. The Metroid Series receives another game that doesn’t look too bad but draws no interest from me as I did not have access to the older games as I grew up. Everybody’s favorite imposter; Wario is getting a new game all to himself. While the rest of the Mario crew appears in a new golf game. Of course, you can’t talk about the Nintendo showcase without mentioning the elephant in the room. Breath of the Wild 2 has a new trailer alongside a bright and shiny release date set for 2022.